‘Round about Pittsburgh: Harold Betters – A Pittsburgh Legend 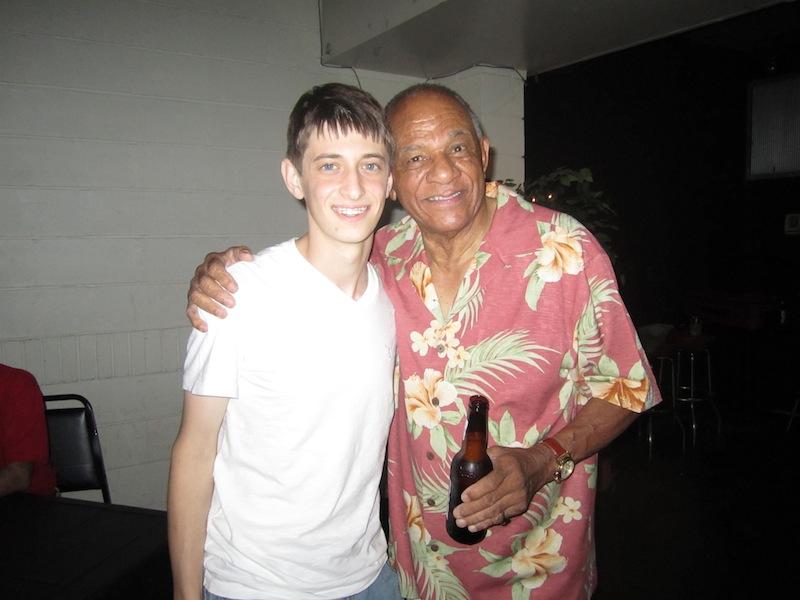 This past summer, I had the opportunity of seeing Harold Betters perform with his band at Café Supreme located in Irwin, Pennsylvania.  This performance was going to last three hours so I knew the band would perform many jazz and blues classics.

Prior to the performance, I had watched some footage of Harold Betters perform but I had never witnessed a live performance.  Once the performance began, I was instantly a fan.  Harold Betters might be eighty-five years old, but he performs as if he is not day over 20.  He performs with a large amount of energy and enthusiasm, it was not a surprise the room was filled to capacity with standing room only.  A few songs that were performed, Do Anything You Wanna, Ice Castles, and Railroad were probably my favorites that night.  It was interesting to see the different age groups in attendance.  I’m sure they all had their favorite song of the night but maybe for some, it was Ice Castle; a wide group of adults decided to dance to the song.  But it wasn’t just adults that danced to one or two songs.  There were young children dancing around to the music of Harold Betters and his excellent band.  Each musician of the group complimented each other and performed extremely well.

I hope that if you have an opportunity to see Harold Betters and his band perform, go see this Pittsburgh Legend perform.  You will not be disappointed with the performance Mr. Trombone puts on.  I was impressed by the performance and I would bet you would too.