Sierra Burgess Is A Loser: An unoriginal film that is full of heart 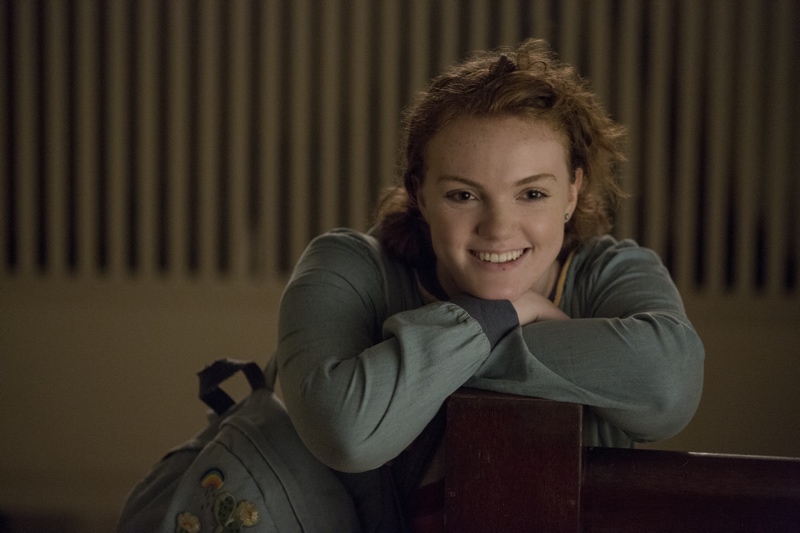 Shannon Purser stars as an intellectually gifted student with a passion for writing named Sierra Burgess. In this teenage drama, Purser’s character is seen as a unpopular loser who doesn’t fit into the high school’s typical beauty standards. One day when Veronica (Kristine Froseth), a popular cheerleader with ill intentions, is asked out by Jamey (Noah Centineo), a lovable nerdy football player, she gives him Sierra’s phone number instead. This leads to an elaborate love triangle filled with betrayal, revenge and drama. This case of mistaken identity causes each character to grow on a personal journey of self-acceptance and self-discovery.

The movie’s title sequence and opening music gives off an overwhelming “Stranger Things” vibe; however, some viewers will be shocked to find out the plot is entirely different from a lead-in that seems to imply some sort of sci-fi adventure movie. Early in the film, we are introduced to the four main characters, each having their own unique personalities. Director Ian Samuels does a fantastic job of conveying the main ideas of the film within the opening scene of the movie. Sierra (Shannon Purser) immediately examines herself in the mirror — hinting at the fact that her body image will play a major role in her character’s development.

Unfortunately, once the main plot started to proceed, the movie started to become a little bit cheesy and predictable. The issues the characters faced, and how they handled these situations, felt overly dramatic. The portrayal of high school life was artificial compared to what high school is really like. The storyline quickly became the stereotypical story of a ruthless popular girl making life miserable for the unpopular girl caught having feelings for a jock. The cookie-cutter plot makes the film feel dull; there’s not really any suspense or shock value to it.

That said, there is still a classic “Breakfast Club” charm to it. Sierra brings a fresh face to the role of the “unpopular nerd”; she is confident and willing to stand up for herself, which is unexpected in a stereotypically shy high schooler.

The timeless quality of it most likely comes from the amazing soundtrack used by the movie. Right off the bat, the title sequence was filled with a song that pumps up the movie audience. Towards the end of the movie, Sierra herself composes a song that tugs at the heartstrings and sums up the overall feel of the movie perfectly.

In addition to the music, the composition and coloration of the film was fantastic. The orange and red hues at the end gave the movie a “riding off into the sunset” happy-ending feeling. During the more emotional parts, the main colors shown were blues and purples leaving the audience feeling cold and isolated along with her.

After watching the movie in its entirety, the overall plot itself does not stand out from countless other teenage films, but it does have that classic “feel good” quality about it that can’t necessarily be explained unless you view it yourself. I recommend the film to people who like movies such as “The Duff,” “To All The Boys I’ve Loved Before” and “10 Things I Hate About You.” The overall plot was unoriginal, but the film did not fail to capture the viewer’s attention and make the audience care about the characters.

“Sierra Burgess Is A Big Loser” is currently available on Netflix under the new releases.