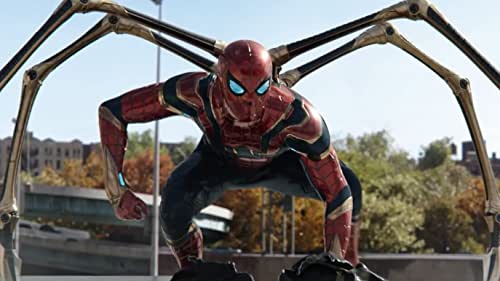 For not being as dedicated of a Marvel fan as some may be, I was very pleasantly surprised by just how much I enjoyed “Spider-Man: No Way Home.”

From the action-packed main storyline to the side storyline of romance as a high schooler, I enjoyed this movie from start to finish. (Which is pretty rare for me, considering I get bored quickly when I sit still for too long.)

One thing that I like about this adaptation of “Spider-Man” is its connection with the younger audience. From the modern technology that Spiderman uses to the young age of Peter Parker, the cast and crew of the film do an excellent job of putting Peter in situations that would be more relevant to today’s younger generation.

I also enjoyed that they brought back some of the characters from the older “Spider-Man” series. It was fascinating and entertaining to see the evolution of the same character on one screen. Additionally, I enjoyed seeing the evolution of villains that Spiderman has had to fight over the years.

All in all, I enjoyed this new modernized adaptation of the classic story of Spiderman and am excited to see what Marvel has in the works for the future.