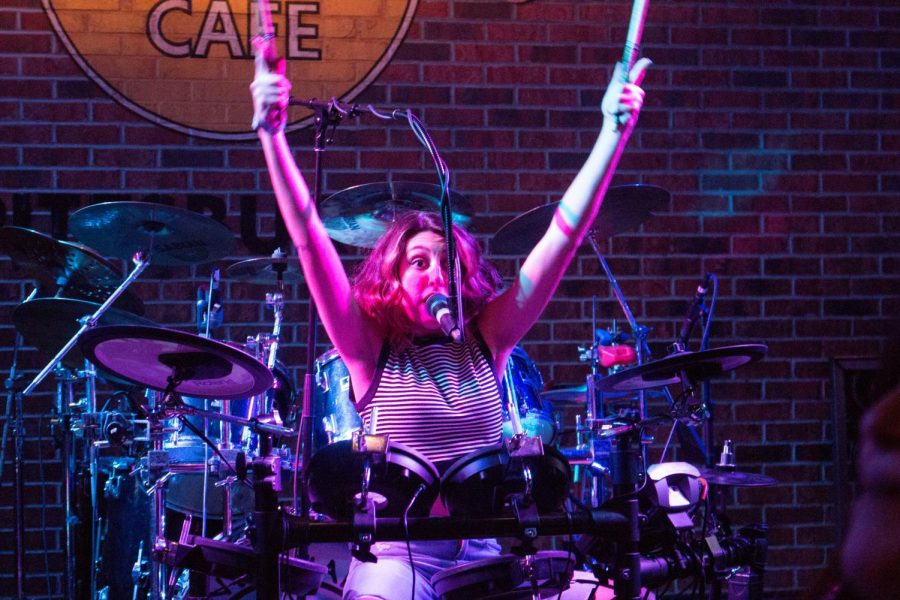 MOON TOWNSHIP – Spinning Jenny has announced that they will be participating in Topgolf’s series “Who Will Rock You?” at the end of this month. Featuring musicians from across the nation, the local band will compete in Nashville for the grand prize of a Topgolf sponsored tour and $25,000.

“Recognition and the exposure hopefully will go up a little bit, which will be great,” said Julia Balzano, singer and senior cyber forensics major at RMU. “The opportunity to do a headlining tour in cities that we have never been to would be amazing, expanding from a regional audience to nationwide stuff. Personally, proving to ourselves that we can do it and go toe-to-toe with other bands would be huge for us.”

“Who Will Rock You?” is a series hosted by Topgolf, known for their indoor golfing complexes. The competition will take place in Nashville, Tennessee, at Topgolf’s music venue The Cowan. Bands first auditioned in either New York, Las Angeles, Las Vegas and Nashville. After making the qualifications, the bands begin preparing for the main event.

The main competition begins with each band performing covers of their choice, with the judges selecting bands that stand out from the rest. The groups that move on to the second round of the competition will then select an original song of their choice. Battling it out for the final prize, each band will have their shot in the limelight.

While there were many considerations for which song they would perform, Spinning Jenny eventually decided to perform their cover of “Paint It Black” by The Rolling Stones. Hoping to get a high energy response from the crowd, as well as impressing the judges, was a big factor in the band’s decision. Luckily, the Rolling Stones had no qualms about Spinning Jenny showing them tribute.

“It’s kind of a long process,” explained Balzano. “A lot of the songs that we were thinking about actually have been like ‘No, sorry, we can’t get that cleared.’ Luckily, the cover song we auditioned with was ‘Paint It Black’ by The Rolling Stones. They thought that it might be pretty difficult just because it’s The Rolling Stones, but we just heard back from them not too long ago. We’re going to be able to do ‘Paint It Black,’ so we’re pretty stoked about it.”

To add pressure to the competition, one of the celebrity judges will be Dee Snider, known for being the lead vocalist in the metal band “Twisted Sister.” While there is a lot of pressure for Spinning Jenny to succeed, Balzano explained that the experience will be an important step for the band going forward.

“We stay really humble about where we came from and what were doing. We know that we’re just three kids who love music, so it wouldn’t be an ego thing but I think it would be great for band morale and is cool to say you took part of.”

The full interview can be listened to below: