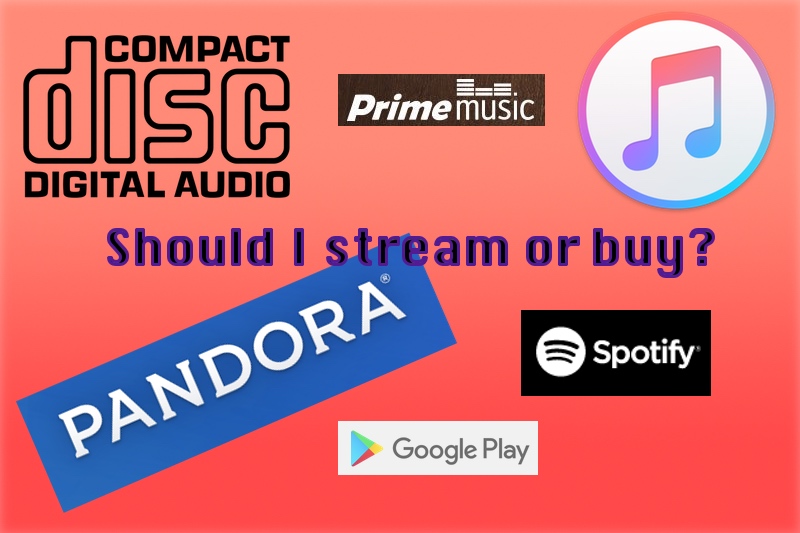 From motivating people to exercise longer in the gym to helping someone relax after a stressful day, music plays a huge role in everyday life. As years have gone by, technology has progressed and the use of it has increased. We now live in a digital age where music is accessible everywhere.

The music world transitioned from buying vinyls, cassettes, and CDs to listening to music online with the help of music streaming services. Instead of popping a CD in the car, you can now plug in the AUX cable and play music from your phone. Paying for music is now optional because a person can go on Pandora, Spotify, or any other music streaming service and listen to music from their favorite artists for free. This has become very handy when finding new music or going back to listen to your favorite old tunes that are no longer popular.

It isn’t difficult to find Robert Morris students who will give you their opinion on purchasing and streaming songs. Matt Gray, a theater major, thinks that there are times when buying music makes sense.

“The decision to buy depends on the song,” Gray said. “I mainly stream music, but sometimes I hear a song that I cannot get out of my head, and I need to play it over and over again. With streaming when you’re out and about, you have to use your data. So I will buy the song so that I can play it whenever.”

On the other hand, marketing major Claire Mervosh and Cheyenne Williamson, a hospitality major shared similar opinions for when they feel it is reasonable to purchase music.

“I mostly just use Pandora or Spotify. I think individual songs are too expensive,” Mervosh said. “If I really like an artist, then I’ll buy the CD. “

Williamson said, “I moved on to streaming music when Spotify and Pandora came out. Then, I realized that I can get it for free and I can make a free playlist and have all that music without having to buy it at all. But I still use CDs. If I like an artist like Adele, I’ll buy her CD just because I want to support the artist or listen to it on a stereo.”

Overall, even though a lot of music listeners have transitioned to streaming, there are still some that love to buy songs. Over the past few years, vinyls have become popular again also known as the vinyl revival and their sales have increased. According to Nielsen Music, 2.9 million vinyl records were sold in the first 6 months of 2012 and in 2016, for the first six months the sales managed to rise up to 11.4 percent. But even with the rise of vinyl consumption, all around album sales including mp3s, CDs, and vinyls are plummeting. So far, during the first 6 months of the year 2016, album sales have gotten down 13.6% compared to last year as reported by Billboard and Nielsen Music. However, in those same six months, streaming has increased by 58.7% which turns out to be 113.6 billion audio streams.

Streaming services like Tidal and Apple Music allow listeners to get a more personal experience with the music they love. This gives the streaming service more popularity and subscribers because of the amount of fans that will want to catch up to the latest song or album that their favorite artist just released. Other streaming services such as Spotify and Pandora can allow users to listen to music freely from different genres and artists. This is good for anyone who does not want to listen to any specific song or for anyone that does not want to spend money on songs.

Coming to a conclusion over these arguments, it is easy to say that purchasing and listening to music online for free both have value. Plenty of people can come up with multiple reasons to back up their answer on why they chose one over the other. But in the end, it’s really up to the individual to choose what they prefer.