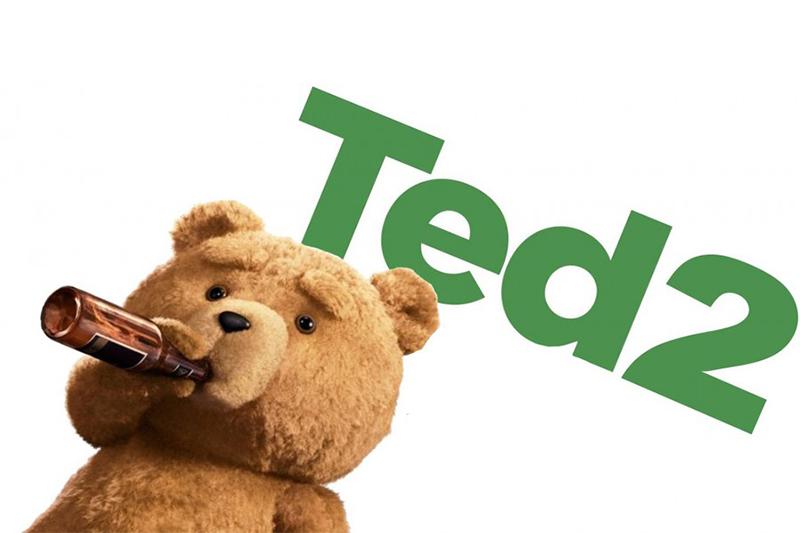 When Ted came out in 2012, I went to see it in theatres twice. A practice I normally reserve for only the best movies I see, I felt as if I needed a second glimpse at Seth MacFarlane’s R-Rated teddy just to catch all the jokes jam-packed in the film.

I would easily consider Ted to be one of the most original and entertaining comedies to come out in the past few years, so while I was excited to watch its sequel, Ted 2, I prepared to view it with a fair amount of caution and cynicism.

The way I saw it, the movie would probably go only one of two ways. It would either play out like the well planned, self-aware 22 Jump Street, or the disastrously unfunny rerun of the same old thing like The Hangover 2.

Upon review, it’s safe to say that Ted 2 isn’t exactly like either one of those movies, faring somewhere between mediocre and “eh.” In no way does it stand up to its predecessor, but at the same time, it’s not exactly one of the worst comedies I’ve ever seen, either.

This time around, as most sequels do, the main roles of the first film are reversed, with the movie putting a much heavier focus on Ted himself than Mark Wahlberg’s John Bennett character. While this isn’t necessarily a surprise, the talking teddy bear worked way better as a sidekick than Marky Mark.

His John Bennett character was never in line to win a Nobel prize, but without a girlfriend to calm him down, Bennett is so incredibly dumb that you can feel your own I.Q. dropping a few points with every word he utters.

As for Ted, the movie may be named after him, but he was never really meant to be the star of the show. If we learned one thing from A Million Ways to Die in The West last summer, it’s that it’s not a good idea for Seth MacFarlane to make himself the main character of his own movie. This is a lesson he seemingly forgot about in this second go as Ted.

Now I’m not saying this movie isn’t funny. There are absolutely plenty of laugh-out-loud moments, especially with the abundance of cameos, but the story has a preachy, pseudo-political undertone that in a way makes the comedy seem less appropriate.

When the entire story just revolved around Ted fitting in and John getting his girl back, the raunchy jokes and inappropriate behavior seemed par for the course, but with this story that focuses on human rights and what makes a person a person, you can’t help but cringe from time to time.

Another real problem with this movie is its runtime. At almost two hours, Ted 2 is long for a comedy, though that’s definitely not a surprise given who made it. Seth MacFarlane is three for three when it comes to making his movies long, and while I do enjoy his brand of humor most of the time, his storytelling abilities and penchant for exhaustive jokes are clearly more suitable to a twenty minute episode of Family Guy than a two hour feature film.

In no way does Ted 2 stand up to the original. In fact, I wouldn’t even go as far as saying it’s the best comedy in theatres right now, but if you’re looking for nothing but a few mindless laughs you can’t really go wrong.

It’s more of a wait and rent kind of movie in my opinion, but if you really feel the need to be verbally assaulted this weekend, Ted 2 opens in theaters everywhere June 26.