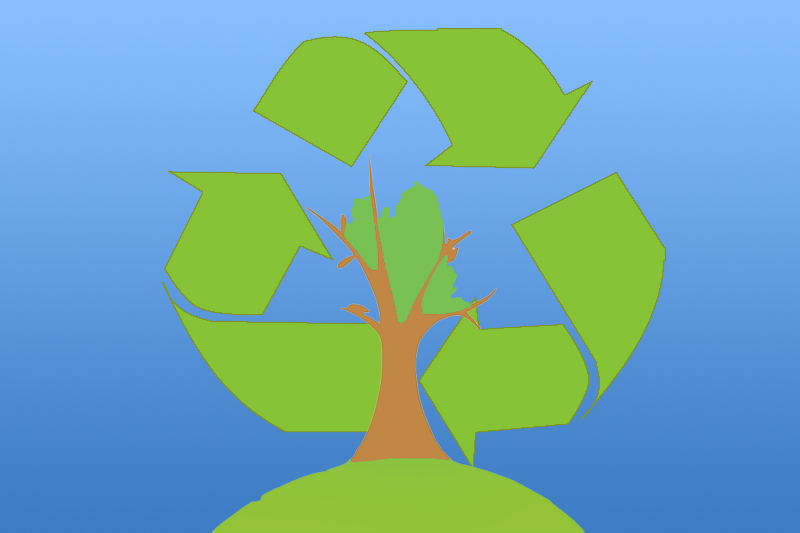 Aldo Leopold once said, “Conservation is a state of harmony between men and land.” This flowery quote brings to mind images of sparkling lakes, giant redwood trees and happy little squirrels collecting nuts in Disneyesque fashion. It paints a picture of a peaceful world.

Now, take a moment to imagine this world minus the clear water, minus the trees and, yes, minus the happy little squirrels. Not as nice, right? This is, in short, the reason why conservation is so important. Some of you reading this may be vigorously nodding your heads in agreement, while others may be staring at these words with a skeptical gaze. Perhaps the latter because of the assumption that I am writing yet another facet of “propaganda” within the political machine. If this is you, don’t turn away just yet. The goal of this piece is not to fuel the fire that is often the political debate. It is not to argue over the existence of global warming from a liberal or conservative point of view. Rather, I aim to recast this question of conservation as a question of responsibility. More specifically, I aim to consider this conversation as it falls into three categories: responsibility to the planet, responsibility to the species, and responsibility to ourselves.

Responsibility to the planet is the duty of humanity to protect the Earth due to the planet’s uniqueness. According to Caleb Scharf from the Scientific American, on Earth, “Certain fundamental constants of nature appear to be ‘fine-tuned’ for life’s existence.” Among the vast cosmos, the only planet we know of that supports life is Earth. Some may argue that there are other “Earth-like” planets amongst the cosmos. While that may be true scientists currently lack the technology to send people to neighboring planets, not to mention out of the solar system.

Therefore, we can say, at least at the moment, that Earth is unique. If Earth is unique, meaning it’s all we have, wouldn’t it make sense to try to protect it? For example, imagine you are trapped on a deserted island and the only food you have is a cheeseburger, an order of fries, and an apple. Would it make sense to eat all of your unique supplies in one afternoon? Of course not! A smart person would make the resources last. Similarly, it is better to conserve valuable resources on Earth because if we run low, we cannot find them elsewhere. After all, it’s not every day that we can leave the galaxy to get a drink of water.

Secondly, we must discuss responsibility to the species. To understand this, we first need to discuss trees. According to Growing Air Foundation, “Trees renew our air supply by absorbing carbon dioxide and producing oxygen.” It is a well-known fact that humans require oxygen to live. So, by cutting down trees, we reduce oxygen levels, not only for ourselves, but for those around us. Now, while maintaining trees is not the end-all-be-all of conservation, it’s a good example of how our environmental footprint impacts not only us, but people all over the world.

To continue the example, if we do not replant the trees, we affect future generations as well. I suspect many of you will join me in saying that our grandchildren deserve oxygen. In addition to our responsibility to Homo sapiens, we have a responsibility to other species. In his New York Times article, Reed Noss wrote, “The loss, destruction, and degradation of habitat is the major cause of the extinction crisis.” While I am not going to get into a debate about whether or not animals are sentient, I can say with confidence that animal extinction has profound impacts on the environment. For example, imagine that the entire spider population went extinct. While I don’t really like the eight-legged creatures, they do keep the insect population down. Without spiders, we would be overrun with insects. Likewise, the extinction of other animals would upset the Earth’s environmental balance.

On the other hand, there are those who do not value animals as highly as humans and may ask, “Who cares if animals are harmed?” The issue with this approach is that anyone who is not some form of vegetarian ingests meat. If we do not protect the environment, we will taint the animals we eat or cause them to go extinct altogether. So, before you discount the conservation movement, ask yourself this: Do I want a steak from a cow who drank toxic run-off?

Lastly, the issue of conservation can be discussed in terms of responsibility to ourselves. It is well known that humans tend to care about what others think. More specifically, Time Magazine’s Tiffany O’Callaghan writes that, according to Current Biology, “The area of our brain associated with reward is more active when others agree with, and reinforce, our own opinions.” This means that we like it when people see our words and actions as acceptable. To take this a step further, when our actions are acceptable, that often means that they are just. Therefore, by doing something just, like conservation, we feel good because other people support us. We have a responsibility to make ourselves feel good every now and then; it’s part of self-care. Even the American Psychological Association’s Jennifer Doran agrees. She says in her article “The unspoken truth about self-care” that “self-care has been described as a ‘ethical imperative’ and is part of the APA’s Ethics Code.”

Why not achieve self-care through conservation?  Just people throughout history have been the ones who have not only acknowledged the need for action, but have initiated that action. In other words, the bystanders are not the ones we remember as good people. Most people agree that each of us has a responsibility to ourselves to leave, if not a lasting, at least a positive, impact on the world.

One way to do this is to support the just cause of conservation. Notice that I’ve used “support” as an action word. This means that it’s not enough to stand around and daydream about conservation. Rather, out of duty to our legacy, we must take steps to make conservation more of a reality.

This doesn’t mean you have to chain yourself to a tree. In fact, I would not recommend that. Instead, try recycling, turning off the faucet, or even planting something. We don’t have to travel the world and back to make a difference. It is those changes we make at the margin, to borrow an economic term, that makes all the difference. So, the next time you see someone with a sign that screams “Save the Trees,” don’t write them off as a fanatical vegan liberal. Instead, ask how you can help.

Overall, conservation is a pressing issue that we cannot ignore. As we cut down forests and turn skies yellow with smog, we get further away from a healthy Earth. Within this conversation, political parties are obsolete. As inhabitants of this planet, we all have an obligation to protect our home. If we don’t do anything, there’s no guarantee that anyone else will. We cannot simply pass down today’s environmental issues to future generations; we can’t wait that long. How can our children solve environmental issues if there’s no environment left to fix? All in all, I challenge each of you to be the environmental change you would like to see.