The Menzingers hit the Roxian Theater 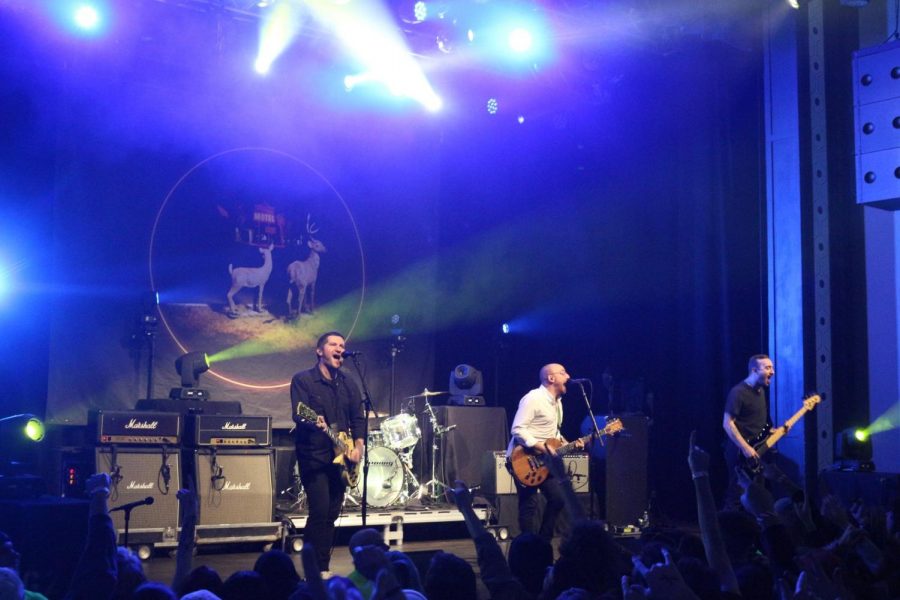 PITTSBURGH — Philadelphia-native punk rockers “The Menzingers” shoved their way into the Roxian Theater on Saturday, November 30. On their fifth week of touring, they stopped into the Pittsburgh area to play a monumentally energetic and exciting show.

The opening act of the night, Culture Abuse, couldn’t make it to the concert due to a medical emergency. Their lead singer, David Kelling, suffers from cerebral palsy and had been admitted to the hospital earlier that day. At a moments notice, they needed a new performer. So, who stepped up to the plate? 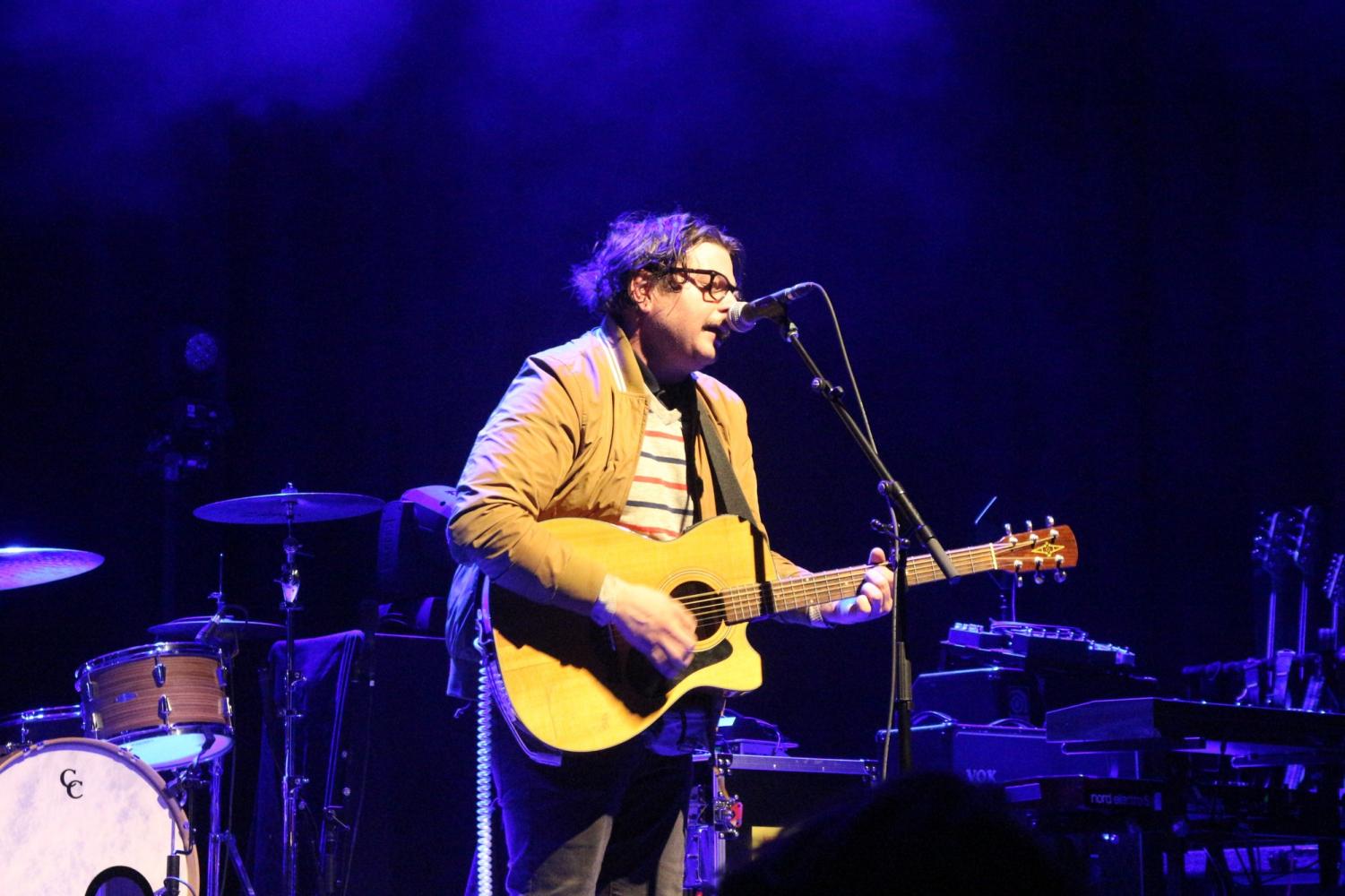 Derrick Zanetti, better known as the Homeless Gospel Choir, got a call that day and was asked to play the show. A member of the Pittsburgh community, Zanetti strayed from the traditional theme of music. He was punk, but brought an element of comedic relief to the night to set up for angry power chords and sweaty, bruised mosh pits.

Zanetti presented himself written accolades as protest songs from politics to religion. He showed the hypocrisy and humor each subject can have no matter how dark. At one point he began yelling to the audience: “I hope this song offends you.”

He showcased one of his songs “Musical Preference,” which is about how the hypocrisy of liking one thing and not another means that the music is bad. Imagine if Adam Sandler actually had musical and comedic talent mixed with strokes of anger and non-conformity and you got the punk rock version sensation. 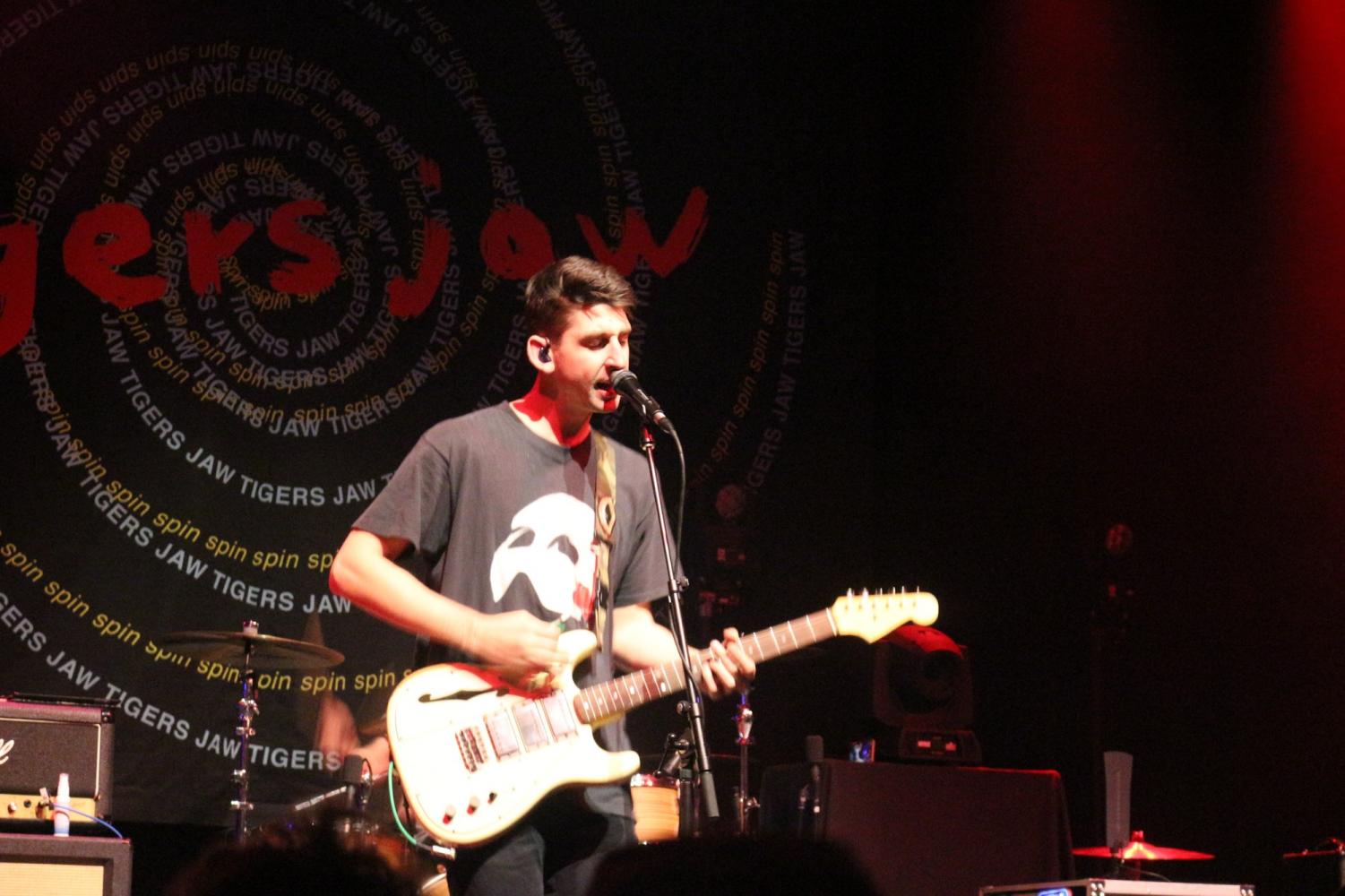 Following the comedic protest choir, was a throwback to the not so long ago past. Tigers Jaw, a lively, energetic and somewhat familiar sound.

When pop punk reigned across the radio, these guys fit the bill and brought a nostalgic feel with a sound that reminded you of Jim running down the street trying to spy on that foreign girl held up in his room.

This was non-stop power chords with a sound reminding you of Newfound Glory but with a singer whose voice isn’t as whiny. Flush with vivid images to the audience of Steve Stifler taking a drink of that famous “Pale Ale.”

Tigers Jaw prepared the audience for the Menzingers. The crowd roared with excitement and anticipation. When they finally emerged on stage, the audience saw four guys who look more like your high-school history teacher or your friend’s dad.

Looks can be deceiving because these guys got energy, talent and haven’t lost that anger just yet. They have a passion for their craft and precision in giving the audience hard hitting songs with themes of growing out of your 20s or just seeing old high school friends. It didn’t matter what age you were, anyone in the audience could relate to these enraged preachers. Promoting their newest outraged gospel, “Hello Exile,” which came out this October. 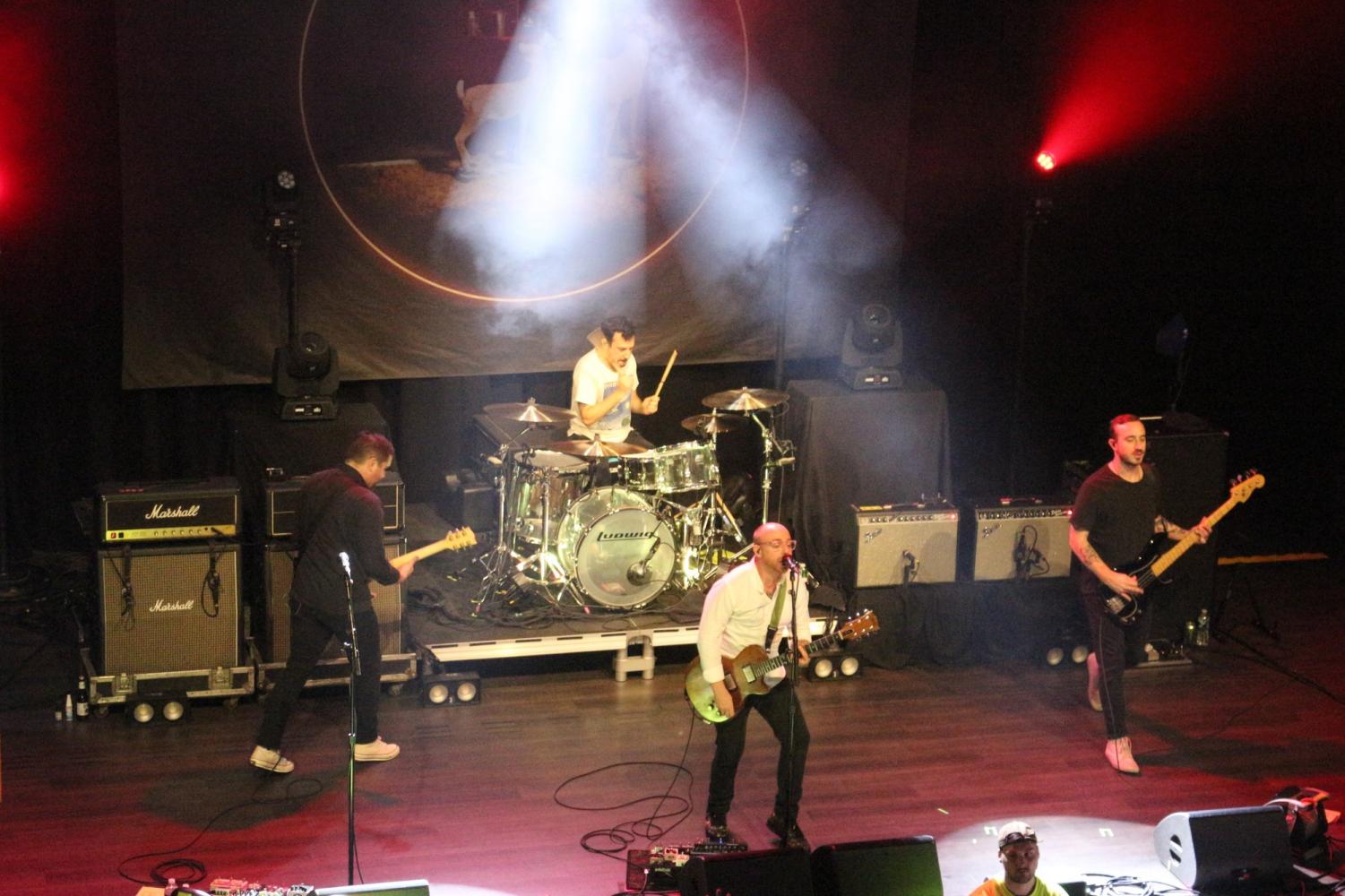 Beer would stick to your shoes and attendees were lined shoulder to shoulder with no room to spare in this dark, intimate venue. The stench of cigarettes, sweat, and other concert venue smells concocted perfectly showcasing this night.

Every existential question you may have had in your entire life, from growing up to figuring exactly what you want to do with your life, received answers. If any of the audience walked in feeling alone or that they didn’t belong, after they left that night, they couldn’t have been happier. All of that rage and panic ceased fire when the raspy poetry from Greg Barret’s vocals echoed the stage.

These filthy, vulgar bohemians brought a room full of strangers together to feel something beautiful that night. From tears to joy, bruises and even scars, everyone left the concert with something to remember.