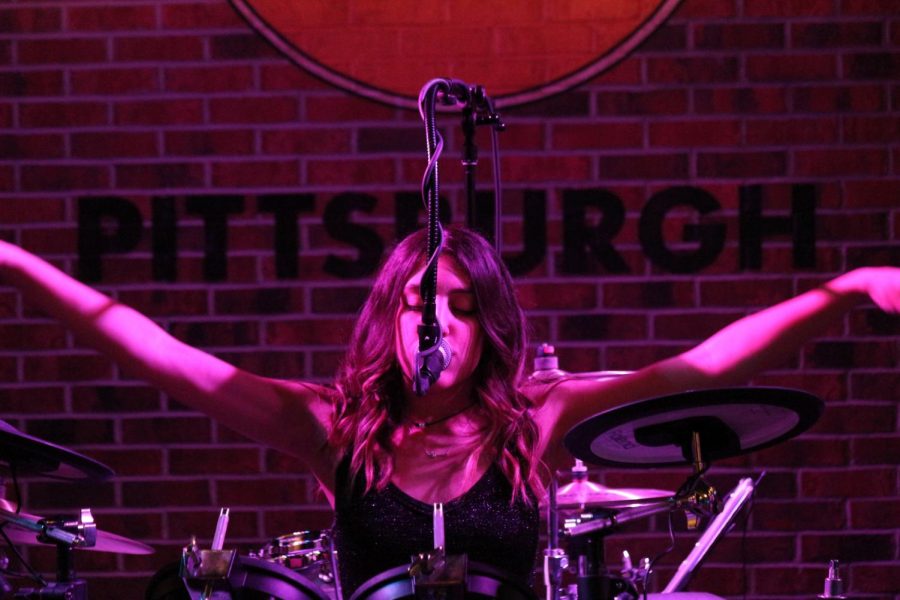 Spinning Jenny and The Silencers filled the Hard Rock Cafe from wall to wall Saturday night, proving that rock and roll is still an important part of Pittsburgh’s culture.

Giving a stellar performance to a sold-out show, both bands earned plenty of applause from the city’s rock fan base. A mix of old and new rockers, the line between generations became blurred as the music united the room.

Spinning Jenny, which features RMU senior Julia Balzano, quickly grabbed the crowd’s attention. Setting the tone of the night, they began the show with an energetic cover of “Hazy Shade of Winter” by The Bangles. The crowd was instantly captivated, preparing for a night of rock and roll from the band of sisters.

The band brought a variety of interesting covers to the stage for this performance, including David Bowie’s “Changes,” Celine Dion’s “Drove All Night,” Abba’s “S.O.S” and a-ha’s “Take On Me.” They also played a mash-up of popular songs from the 1980s, prompting plenty of cheers from the crowd.

While the covers were great, what really stole the show was the original songs from Spinning Jenny. While they played some of their iconic songs such as “Hey Jenny” and “Powerline,” the band also premiered two original songs from their next album, “Virtue” and “Paranoid.”

“I think that they are the face of what is coming up in our musical world,” said Michael Cercone, the bass player for the Silencers. “I’m proud that they said yes, so happy.” 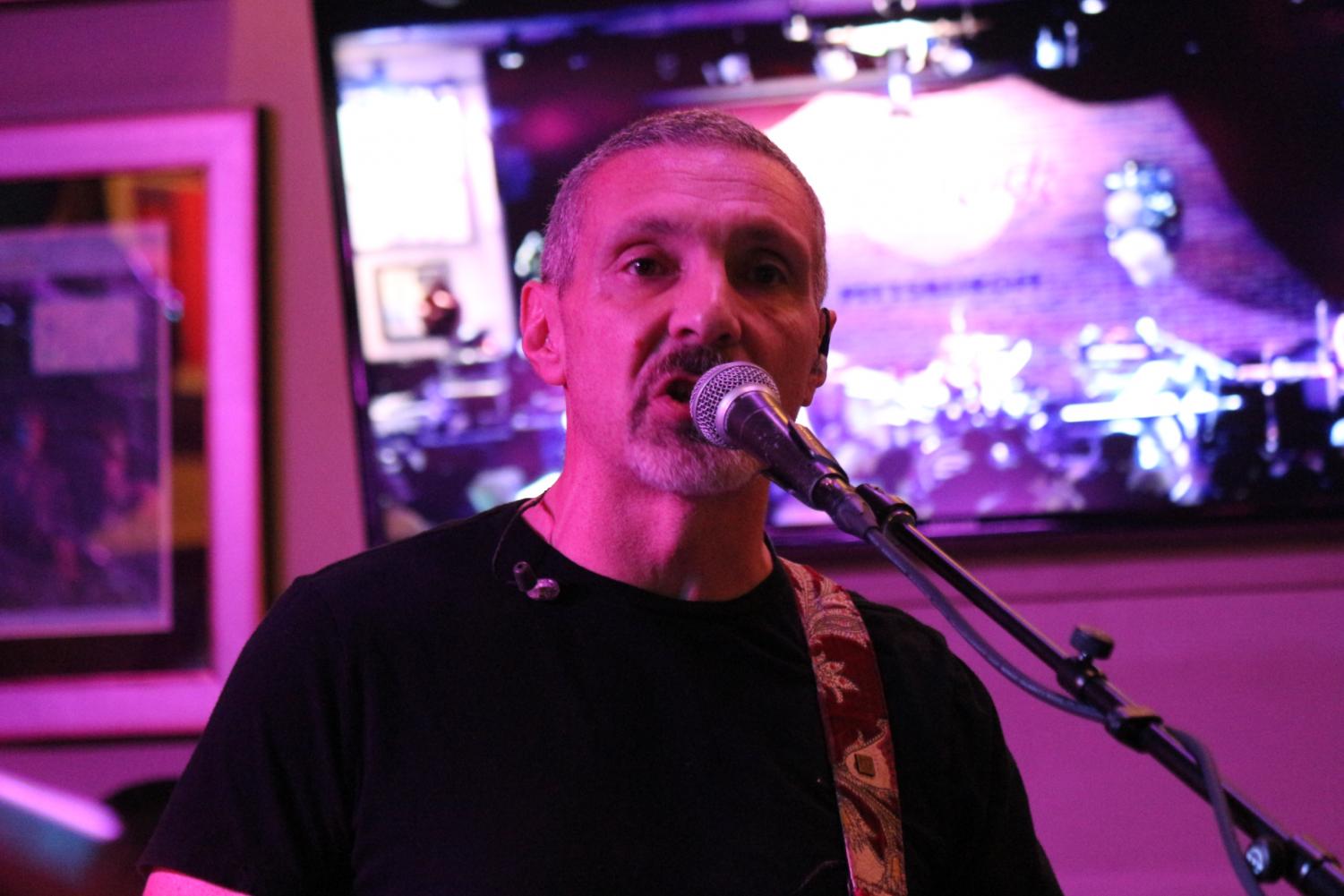 The songs got an amazing response from the crowd, even enticing the staff at the Hard Rock to dance and sing along to the music. While many of the people at the concert may not have heard of Spinning Jenny, the band made sure the audience would walk away knowing their names.

While the energy was high throughout the first act, the anticipation in the air for The Silencers was tangible before their performance. Fans poured in the doors wearing their band T-shirts and leather jackets, making the entire venue warp back to 1981. 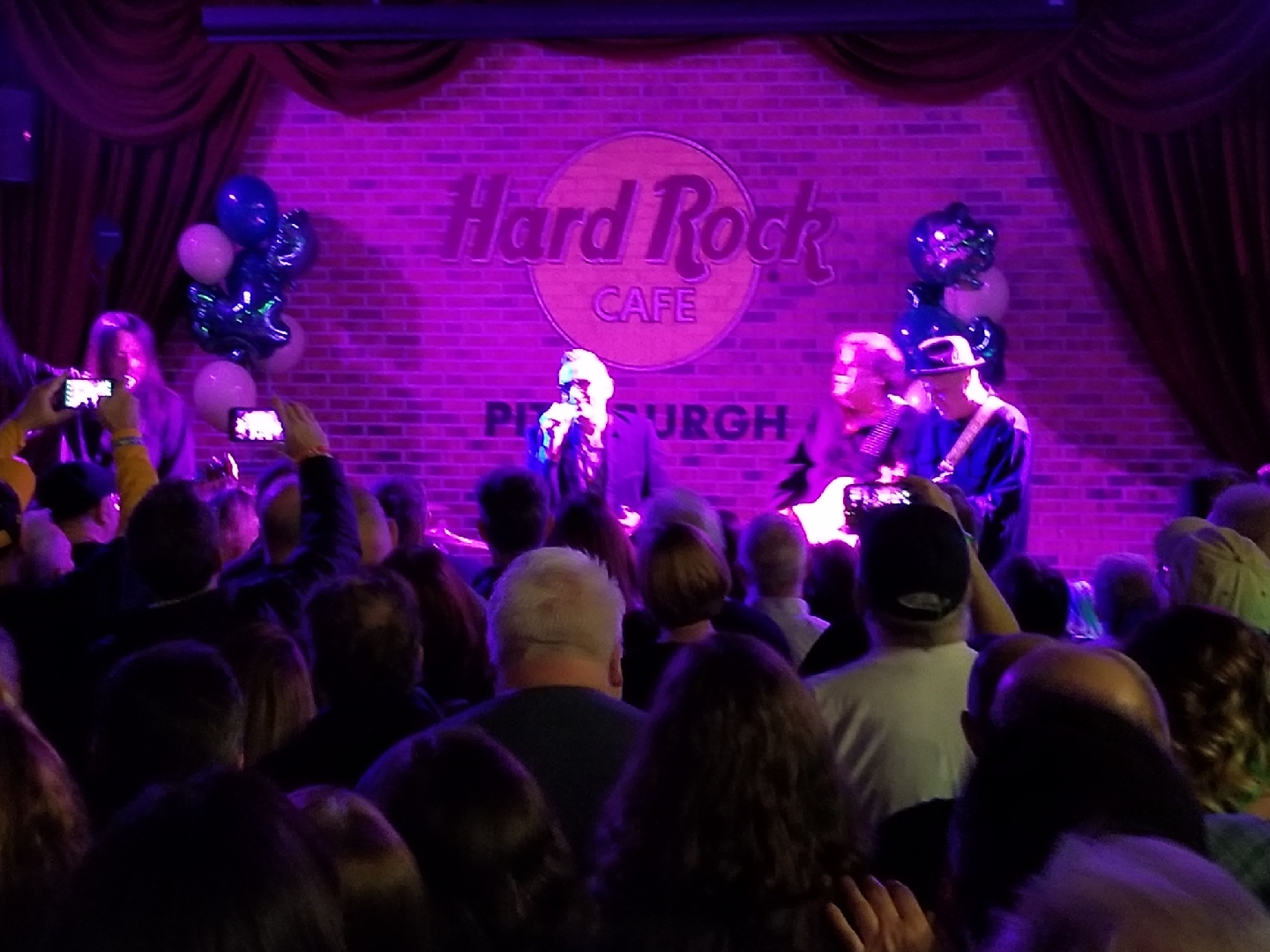 As the first notes of their “Peter Gunn Theme” began to play over the speakers, Frank Czuri took the stage and the room erupted in cheers. From “Shiver and Shake” to “Remote Control,” fans sang along with the band and danced to the music.

“As a band, it’s so inspiring to see a local group gain so much success,” said Spinning Jenny’s Julia Balzano. “They’re definitely some of the best of the best from Pittsburgh’s music community.”

During their performance of “Sidewalk Romeo,” The Silencers invited Spinning Jenny to perform on stage with them. The energy on stage combined the best of both bands, making the audience unable to resist moving to the beat.

While the night was a success for both bands, they are also looking towards the future of their music. For the Silencers, the performances are only getting started.

“I don’t know that we’re going to play too much,” said Cercone. “I’m guessing maybe every four to six months. A lot of the guys are in other bands, so (scheduling) has proven to be quite a challenge as far as booking.”

As for Spinning Jenny, the future will be busy with a new album and other projects that they are working on. While there is no date set for the release of the new album, they encourage fans to keep a close eye on their social media for any announcements.

“We have some really exciting stuff brewing that we can’t talk about too much right now,” said Talia. “We’re really looking forward to the release of season two of TopGolf’s ‘Who Will Rock You,’ which we had so much fun being a part of and is scheduled to start soon.”