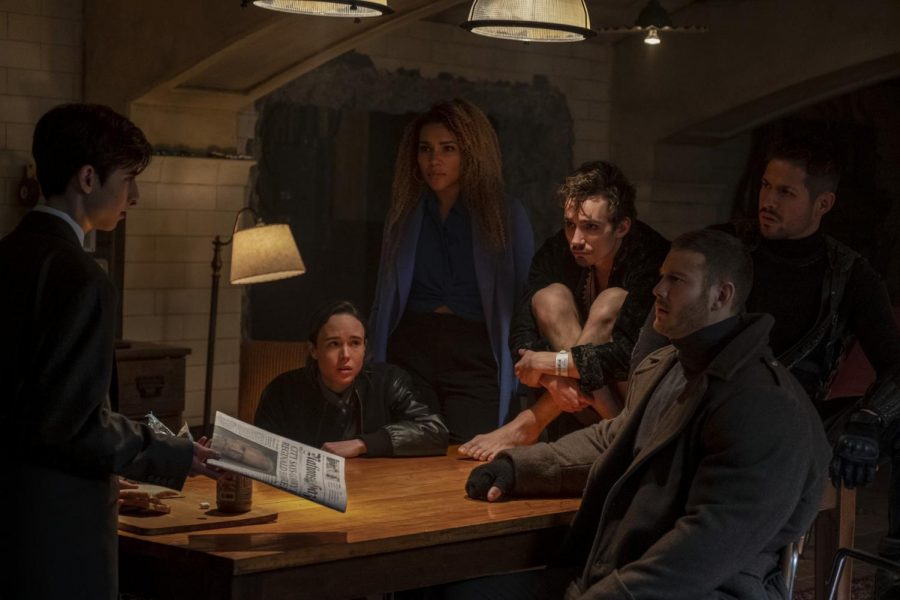 Netflix continues to adapt interesting series, this time bringing “The Umbrella Academy” from the page to the screen on Feb. 15. Superhero shows have seen success on Netflix in the past, prompting a darker side of Marvel Comics to come to the streaming service. As Marvel moves to their own streaming platform, does a new generation of super hero shows have a chance at capturing the same success?

“The Umbrella Academy,” originally a series of comics by musician Gerard Way, follows a dysfunctional family of superheroes who must come together after the passing of their adoptive father. Forced to work together to solve the mystery surrounding their father’s death, the series follows the six heroes as they struggle to find answers while overcoming their own problems.

While the story does add some changes to the original plot of the comics, the overall story is still an interesting look at the darker side of superheroes. While some important world building that was present in the comics is glossed over, the 10-episode series still does a good job of drawing viewers into the world and allows viewers to gather info from dialogue and visuals.

Additionally, unlike the other Netflix superhero series, there are no pacing issues in “The Umbrella Academy.” Every minute of the story helps build the narrative, giving all the characters ample screen time and room to grow within the story. Rather than wasting hours chasing after false leads and pointless dialogue, the writers use their time to make the characters grow as people and make tangible impacts on the world around them.

While the story is great, the soundtrack and cinematography are what make “The Umbrella Academy” stand out from other generic super hero shows. Featuring a pop-alternative soundtrack, the show isn’t afraid make scenes memorable by adding a popular song to the action.

The range of musicians is impressive, featuring everything from Gin Wigmore’s “Kill of the Night” to a “Phantom of the Opera” medley from Lindsey Stirling. Gerard Way even contributes some of his work, doing covers of “Happy Together” by The Turtles and “Hazy Shade of Winter” by The Bangles.

The cinematography of “The Umbrella Academy” is gorgeous, offering creative shots full of color. Rather than follow the Netflix Originals standard gray colors and dim lighting, showrunner Steve Blackman made the series colorful and well lit. Action is easy to see and follow, making every scene mesmerizing.

The series is at it’s best when all of these great elements combine into one scene. When the intense action is accompanied by great music choices, the scene leaves a lasting impact for viewers to come back to. The scenes featuring “Istanbul” and “Saturday Night” are particularly impressive, prompting a second or third viewing after finishing the series.

“The Umbrella Academy” is definitely worth your time. Featuring the best visuals and atmosphere from a Netflix Original, it is sure to keep viewers entertained and begging for more in season two. A new generation of superhero TV shows is coming to Netflix, hopefully pushing the bar for the genre as a whole.