The Year of the Rat is more clever than you think 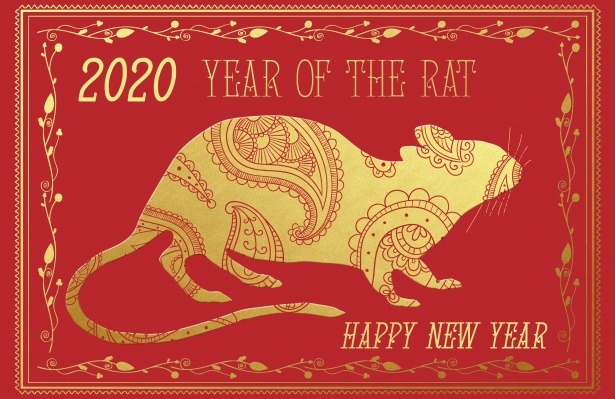 MOON TOWNSHIP — As the Year of the Pig comes to a close, the new chapter in the Chinese Zodiac calendar is finding it’s way into our lives. This Chinese New Year sees a new contender for the spotlight: the Rat.

While some may question the use of the rodent for the zodiac calendar, the rat plays an important part in Chinese folklore and the calendar system. While Americans may see the scourge of the city, China sees a wise and cunning creature to aspire to be.

To fully understand why the rat gets so much praise, it’s necessary to understand the difference in cultures. In the United States, rats aren’t a favorite. Often used to show an area being unkempt or dissented, rats are seen as the disease carrying rodent that stowed away in ships throughout history.

From the first enemies in video games to slang that refers to liars as “rats,” rats are often seen as more primal, cowardly creatures in our culture. As a result, American’s perception of the rodent is one of disdain, disgust or fear.

In China, there is a completely different image for the rat. Rats are perceived as clever and wise, using it’s small size against it’s opponents and coming out on top of the competition. Fables about the rat often had the rodent getting an upper hand on their competition by appearing week, but then using their size to gain a quick, effortless victory.

With that immense intelligence also came wealth, making the rat a sign of financial gain. Some legends state that rats would bring rice to homes, providing food and security to Chinese families and bringing “wealth.” Additionally, Chinese sculptures have depicted the rat on a pile of coins, possibly as a nimble thief or clever enough to win the treasure.

Additionally, rats are seen as a sign of fertility in China. Rats are particularly skilled at reproducing, often having hundreds of children over their lifetime. When Chinese couples were hoping to have children, they would pray to rats to bless their conception and increase the couples fertility.

When born underneath the sign of the rat, people are expected to be a cunning and wise, but also happy with living in peace and quiet. While not leaders, the men are quick to adapt and overcome hardships with creative ideas. Women are similar, being reliable and competent at their goals.

The rat isn’t an embarrassment in the Chinese calendar, instead serving as an important part of the Yang. Rats are intended to represent a new day, a hopeful message for the future. While you may not agree with the Zodiac signs or trust a horoscope, hope is a message anyone can get behind. After all, hope can come from small places, even a rat.