The decade of Bros and Pop still has hope 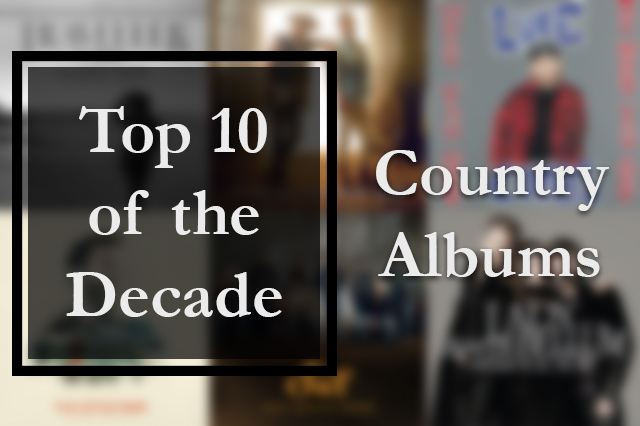 The 2010s was an era of redefining for the Country music genre, with a major change in styles throughout the last decade. One of the biggest styles that country fans heard throughout the decade started in the early 2010s, dubbed “bro-country.” This was made extremely popular by artists like Florida Georgia Line and Luke Bryan.

Pop-country took off around 2014, when artists like Sam Hunt and Thomas Rhett started rapping and adding snap and clap tracks to their songs. Finally, in 2016 through today, the Neo-traditional movement is extremely popular as artists like Luke Combs and Jon Pardi are going back to the roots of country music and making it sound classic with modern production.

No matter what style of country music they go with, these and other artists have produced legendary country music through some of the greatest albums of the decade.
10. “Montevallo” – Sam Hunt (2014) 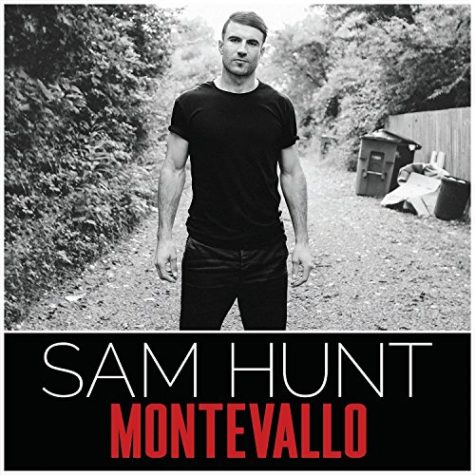 Sam Hunt’s debut album was truly one of the greatest of the decade, with Hunt bringing a fresh, new sound to country radio. Although his first single from the album, “Leave the Night On”, somewhat fit the bro-country style that had seemed to be a trend at this point in the decade, Hunt changed it up with his next single, “Take Your Time,” which would seem to be more of a rap song than a country song. Another single on the album, “Break Up In A Small Town,” would be very similar to the rap style.

Sam’s other two singles from the album, “House Party” and “Make You Miss Me,” would be big hits as well. Although this album was a big transition for country music, and would be the beginning of the pop-country era, it is impossible to deny that this album is one of the greats from this decade. The Billboard Charts prove that. The album is also a really fun and lighthearted album with great songwriting and a fabulous singer.
9. “Red River Blue” – Blake Shelton (2011) 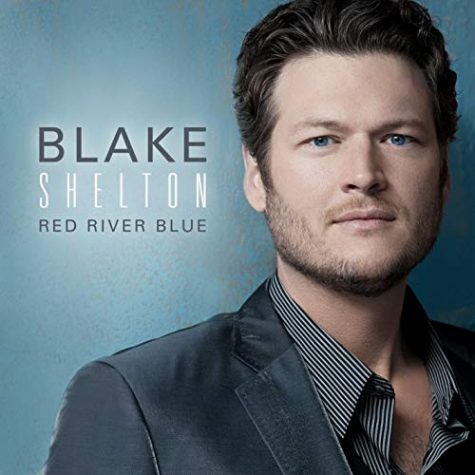 This 2011 album from Blake Shelton may be the most underrated and most overlooked in the genre. Although it has the typical country sound of any other Blake Shelton album, it is still one of the greatest albums of the decade because of the smash hits it produced. “Honey Bee” and “God Gave Me You” are two of Shelton’s most well-written love songs, probably of his entire career. They are still insanely popular almost nine years after the album’s original release.

Although the next two singles from the album, “Drink on It” and “Over,” weren’t as popular, they still fit smoothly with the rest of the album. The title track to the album, despite never becoming a single, has a beautiful acoustic guitar and a story that is different than any other song on the album. “Red River Blue” is truly one of Shelton’s best albums of his career and definitely deserves a lot more recognition.
8. “Traveller” – Chris Stapleton (2015) 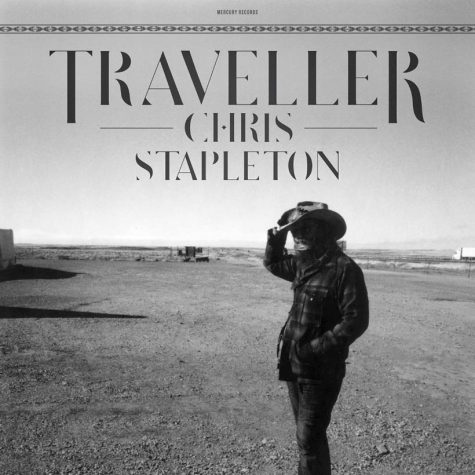 Chris Stapleton burst onto the country music scene in 2015 with his debut album “Traveller.” Stapleton had already had some experience in Nashville, being a very popular songwriter for artists like Luke Bryan and Thomas Rhett. Fans got that amazing songwriting on this album with one added bonus: Stapleton’s unique and powerful voice.

The most popular song on the album, “Tennessee Whiskey,” has been one of the greatest songs of the decade. Many aspiring artists have attempted to cover the song, but it is nearly impossible to replicate Stapleton’s amazing voice. The other singles from the album, “Fire Away,” “Parachute” and “Nobody To Blame,” all did almost as well as “Tennessee Whiskey.” The album put Stapleton on the map for being one of the greatest artists of the decade.
7. “Here’s To The Good Times” – Florida Georgia Line (2012) 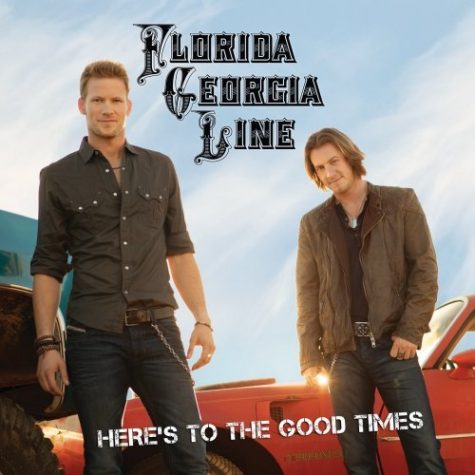 Florida Georgia Line has dominated the decade since releasing their debut album in 2012. They have released hit after hit, they quickly became one of the best country duos of the decade, possibly of all time. They have even had a couple hits over in the pop genre, showing the wide range of their performance skills. It is safe to say they have become a cross-genre sensation. FGL broke out with their hit song, “Cruise,” which had a remix on pop radio featuring rapper Nelly.

FGL would go on to release four other singles from the debut album. This album was the biggest transition in the style of country music at the time, as this would lead to the bro-country era which would be trending for the next several years on country radio. “Here’s To The Good Times” is an album that gives a great introduction to the type of music that FGL would go on to make throughout the decade and music that their fans would come to truly cherish.
6. “747” – Lady Antebellum (2014) 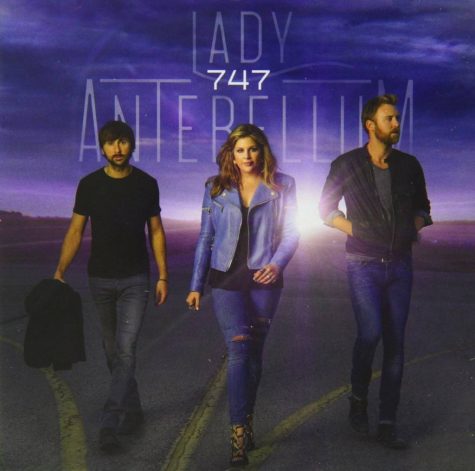 It is safe to say that Lady A. was a band that dominated the decade. Most of their albums were released in the 2010s, all of which had big hits. However, there is no better album by the award-winning band that their 2014 album.

“747” is an album that has everything that fans love about Lady A. There is the rocking side of Lady Antebellum with songs like “Free Style” and “Bartender.” Then, there is their more intimate side, with songs like “One Great Mystery”. Although this album is somewhat overlooked, it is the best album that the band has ever produced.
5. “Mr. Misunderstood” – Eric Church (2015) 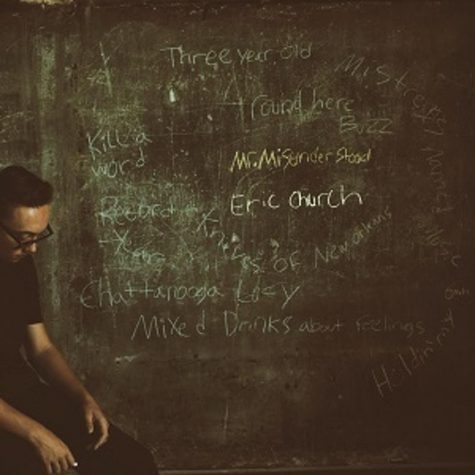 Misunderstood could not be a better word to describe not only the album, but the artist. Although Eric Church has had a good number of hits throughout the decade and throughout his career, he is still the most underrated artist in country music. However, he is truly loved by his fans and he knows it. He surprised fans the day of the 2015 CMA Awards by dropping this album only a year and a half after the release of his fourth studio album, “The Outsiders.”

The album would go on to have four hit singles, “Mr. Misunderstood,” “Record Year,” “Kill A Word” and “Round Here Buzz.” This album, like all of Church’s albums, would feature unique and fabulous songwriting like only Eric Church can do. However, this album feels a little more personal and listeners feel more connected with the songs and feel like Church is singing about his real life.
4. “The Mountain” – Dierks Bentley (2018) 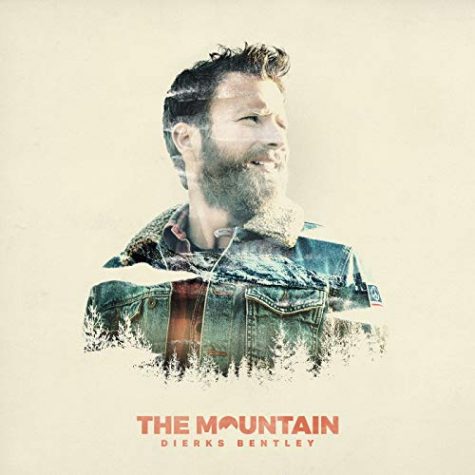 Dierks Bentley has always been a very traditional country star. However, he changed things up with his 2018 album, “The Mountain.” Bentley went for a more bluegrass sound, while also sticking with the country sound. Dierks also changed up the location of where he worked on the album. Dierks wrote and recorded most of the album in the mountains of Colorado, which shows in the peaceful sound of the record.

Bentley’s lead single from the album, “Woman, Amen,” was one of the best country songs of 2018, as it talked about how powerful women are, specifically Bentley’s wife. He would go on to release two more singles from the record, “Burning Man” and “Living.” All three singles were No. 1 hits. The sound of the album is something Bentley should stick with as it is very pleasant and appealing to listen to.
3. “This One’s For You” – Luke Combs (2017) 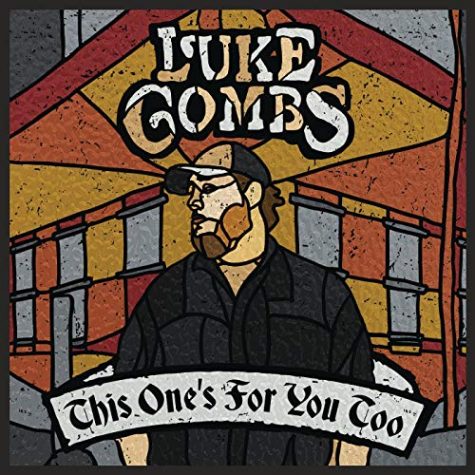 Once in awhile, an artist comes along that becomes an unstoppable superstar. Luke Combs was that artist this decade. This amazing vocals and original songwriting show that country music is still very much alive. With only being his debut album, Combs had five No. 1 hits, including the smash hit “Beautiful Crazy,” which spent 6 weeks at the No. 1 spot on Billboard’s Country Chart.

Combs continues to produce amazing music, making himself an artist country fans are sure to see great things out of. This album will live on as one of the greatest country albums ever made.
2. “California Sunrise” – Jon Pardi (2016) 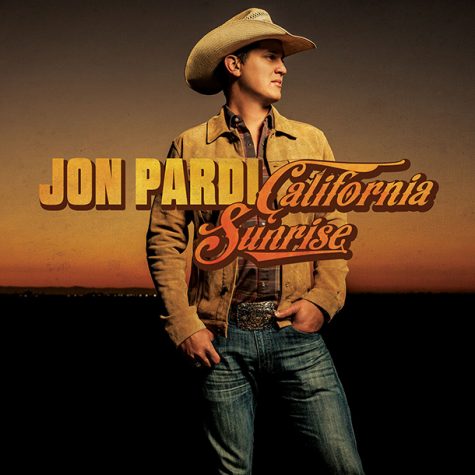 One of the artists that is leading the Neo-traditional movement in country music is Jon Pardi. Throughout his 2016 sophomore album, Pardi uses a good amount of steel guitar and fiddle. Any ignorant listener would think that the album was released in the 80s or 90s with how old-fashioned it sounds.

Pardi had four of the five singles from this album go to No. 1, including “Head Over Boots,” “Dirt on My Boots,” “Heartache on the Dance Floor” and “Night Shift.” The album is another legendary one and it seems like the Bakersfield native will be sticking with the sound as his 2019 album, “Heartache Medication,” is very similar.
1. “Crash My Party” – Luke Bryan (2013) 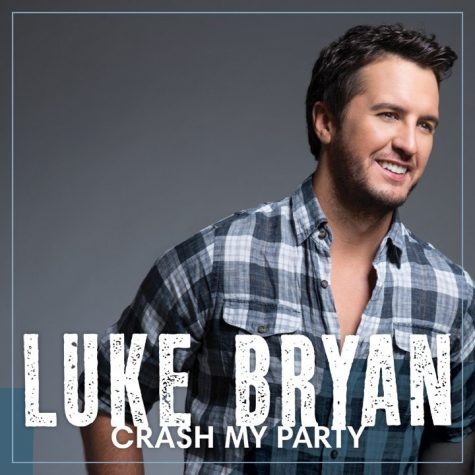 There was no greater country album released this decade than Luke Bryan’s fourth studio album. Although he had gained some pretty big hits on previous albums, this was a big breakout album for Bryan. The album gave Bryan six more smash hits, including the most popular from the album, “Play It Again.” The album also featured the emotional hit about the death of both Bryan’s brother and sister, “Drink A Beer.”

The album has earned major recognition, recently winning ACM’s Album of the Decade. This album, despite fitting right in with the bro-country sound, is such an amazing album to listen to, with great songwriting and great vocals. This album made Luke the superstar he is today.