Warcraft: Fun for fans, not for us 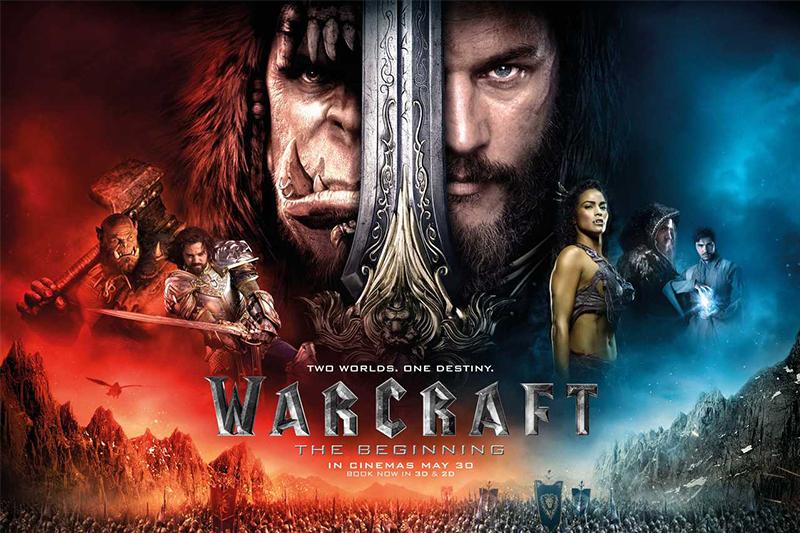 I’ve spent the last few weeks complaining about the seemingly never-ending stream of sequels that have been hitting theatres this summer. I was hoping for some relief this week with the release of Warcraft, the original movie based off the incomprehensibly popular videogame series, but unfortunately I once again have to bring you some not so good news about this weekend’s newest box-office hero.

Warcraft, which is a joint project between video game studio Blizzard and young adult dystopian novel experts Legendary Pictures, aims to tell an original story in the realm of Azeroth, a peaceful land of humans, wizards, elves and dwarfs who stand on the brink of war when an invading race of Orc’s attempt to colonize the realm, as their home, in another dimension, quickly dies.

Directed by Duncan Jones (or as you may better know him, Zowie Bowie, son of the late David Bowie), Warcraft is a movie that seems to have only one mission in mind, to please fans of the videogame at all costs. While some might hold this mission in high regard, the filmmakers on this project stuck to that mantra to a fault.

I’m positive that Warcraft is jam-packed with easter eggs and references to the game, and I’m convinced that fans of the game will love it, because I didn’t understand a single thing that was going on during the entire two hour runtime. Why are the Orc’s leaving there home? What’s a Guardian and why does he only help people after a situation is critical? Why is this all powerful thing called “fel magic” so easily defeated by a human?

That doesn’t even begin to scratch the surface of the questions I had watching this movie, but it gives you an idea of how into World of Warcraft you have to be in order to understand it. I can appreciate a desire to be loyal to a fanbase, especially one as large and as passionate as the WoW fan base, but if you’re going to make a big blockbuster summer release and market it as enjoyable to everyone, making the movie feel like one big inside joke is definitely not the correct route to take.

Beyond the feeling of exclusiveness the film presents, it also features a host of plot and story deficiencies, most notably the ending. I won’t ruin the ending for you here (besides that being in bad taste, I don’t want to get any more flack for this review than I already will get from WoW fans), but any movie that sets up a sequel automatically by ending on a major cliffhanger loses points in my opinion.

One of the few positive notes I can pull from this movie is the visual scale of it all. Director Duncan Jones does have an eye for computer generated shots that look fun, though I fear that so much time was spent making the shots look “as cool as possible,” that he forgot to instruct the actors on good blocking or dialog delivery.

In total, I have no doubt that Warcraft will be inexplicably popular amongst WoW fans. It’s everyone else who will undoubtedly feel betrayed and bored by this marathon of character names we can’t remember, places and creatures we don’t understand, and a story we just don’t care about.