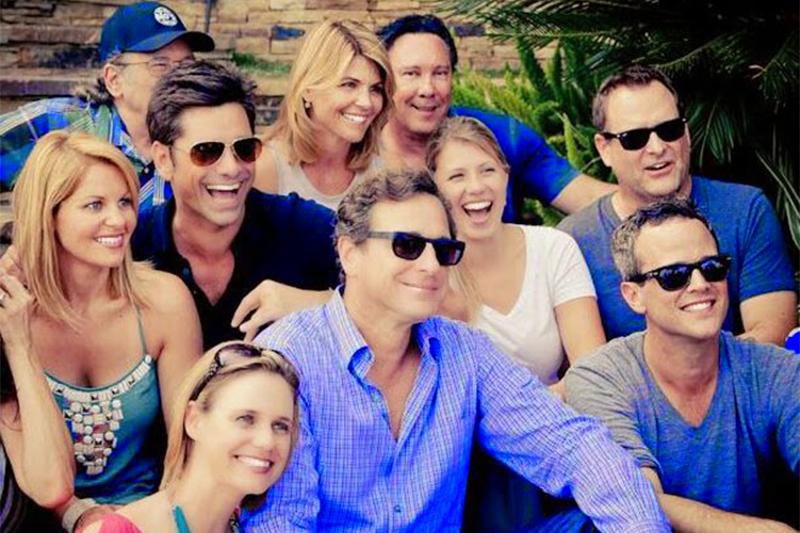 If there’s one thing that ever brings a family together, it’s sharing a common bond. One family bond throughout the eighties and nineties was sitting together to watch another family tackle issues and life situations evident in the real world. That show was called Full House. The show spiked the hearts of children and adults from 1987 to 1995. Now in 2015, the show is still in reruns and continuing to share its message of family unity into the loving homes of people all over the world.

Now, long time viewers will be able to see what their favorite family has been up to since they stopped appearing on the small screen. Netflix has announced that they will be picking up a revised version of the series entitled Fuller House, a continued story of the classic tale with almost all major characters returning. The real question however, is whether the show will work out or not.

The original series followed Danny Tanner (Bob Saget), a man who loved a clean household almost as much as he loved his children. Shortly after losing his wife in a car accident, he enlists the help of his rock and roll brother in law Jesse (John Stamos) and cartoon loving best friend Joey (David Coulier) to help raise his three daughters (DJ, Stephanie and Michelle, aka Candace Cameron-Bure, Jodie Sweetin and Mary-Kate and Ashley Olsen). The storyline shows the family learning how to love one another and battle any trouble they get into.

In the new spinoff series produced by John Stamos, DJ Tanner’s husband has recently died and she enlists the help of Stephanie and best friend Kimmy Gibbler (Andrea Barber). The first episode will bring back most of the cast in a reunion episode and then spin off to tell her story. The story is supposed to parallel the original series while bringing back popular elements in a subtle way.

Fans all over are buzzing about the spin off. The thought of seeing some of America’s most popular characters back in a new series is exciting for that reason alone. A story parallel to a long running series is something always to be excited about. It’s like going back to old times in the present day. Lots of people will be excited to see what the Tanner’s have been up to since the nineties and are ready for more comedic episodes and underlying life messages.

There’s also the scare of the show not working out like the old one. There is a lot of worry about trying to return something that has been gone for 20 years. Anything that has been stopped for so long is always a risk to bring back. Fans have grown up just like the cast, and with that means changing interests and opinions. There is a huge risk of the show being too similar or not similar enough. If it does not work out, the family could be tainted along with the memories and messages fans have learned over the years.

The media has been abuzz with their own conflictions. The most popular statement currently seems to suggest that if the show works out it could be a major hit, but if it bombs the Full House name will be ruined. It looks like fans will have to wait and see before constructing any final opinions.

Lifetime will also be releasing a movie entitled The Unauthorized Full House Story, telling the behind the scenes story of the show and its cast. The movie premieres on Saturday Aug. 22nd at 8pm.

Tune in to Fuller House on Netflix in the coming months.