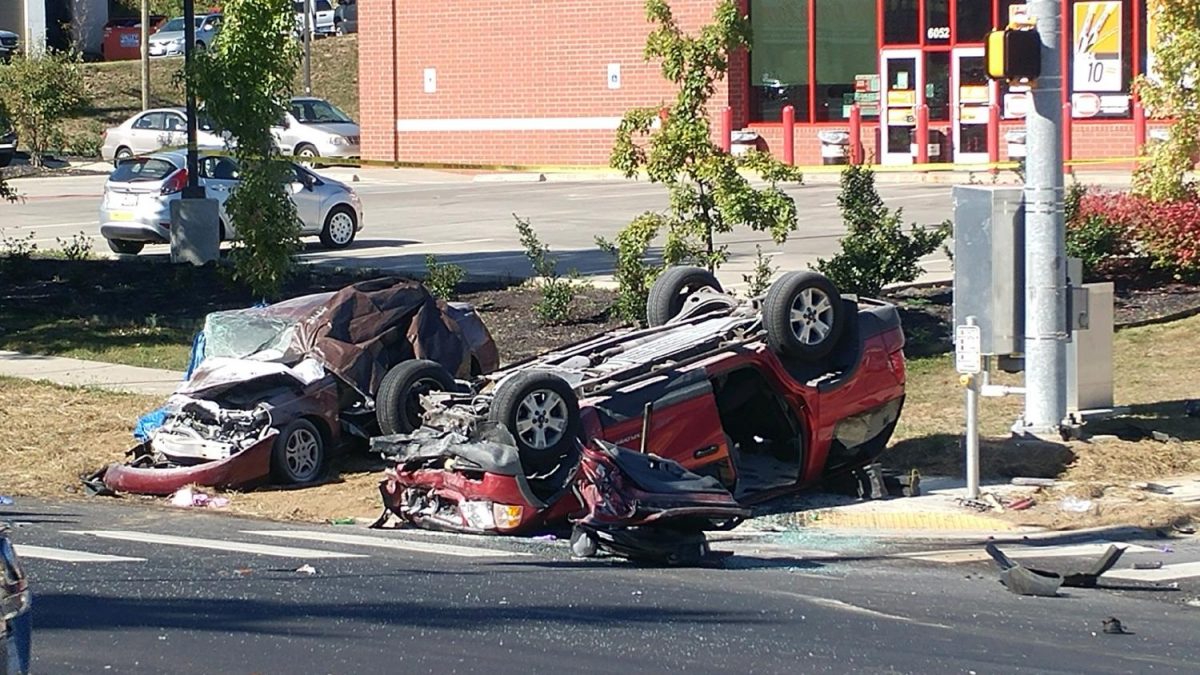 UPDATE: The names of the victims of the car accident outside the Robert Morris University entrance on Oct. 3 have been released.

The sedan was struck by an oncoming SUV when trying to turn into Moon Plaza. The SUV was driven by a woman who has still not been identified. According to the TribLIVE, the impact caused the sedan to catch on fire and the SUV to roll over. The medical examiner stated that both Samuel and Albert Wilkinson were not wearing seatbelts.

The injuries of the woman in the SUV are not considered life-threatening, according to what police told TribLIVE.

According to WPXI, the victims of the crash included an 86-year-old father from Finleyville driving his 55-year-old son from Coraopolis. The other driver was a female from Robinson.

The woman was driving an SUV that struck the father and son in their sedan as they were making a left turn onto Moon Plaza.

“One of the vehicles was overturned; the other actually on fire,” said Leo McCarthy, Moon Township police chief in the WPXI article.

Names have not been released.

Another RMU Alert was sent out by RMU Public Safety to let students know that the accident has been cleared from the front entrance.

According to WPXI, two people have been killed and one person injured.

Two men in one car were killed, reported WPXI. Another person from the other car was taken to the hospital in critical condition.

Details on the crash have not been released.

RMU Public Safety sent out an RMU Alert to campus saying to avoid the front entrance due to a traffic accident.

“Please avoid the main campus entrance at University Boulevard because of an accident. Use the rear entrance,” said the alert.

Police also ask that students, faculty and staff use the rear entrance to campus until the area is cleared.

Stay with RMU Sentry Media as the story develops.