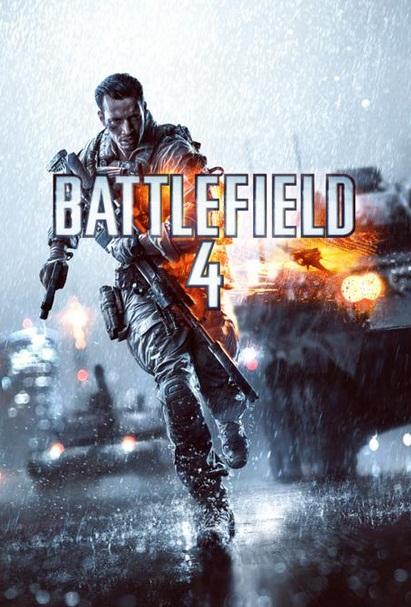 Battlefield 4 was released in North America on October 29, 2013 by Electronic Arts and was developed by their Swedish video game developer, Digital Illusions CE, or DICE. Battlefield 4 is a first person shooter game that relies on teamwork for success.

Being a sequel to Battlefield 3, the storyline casts Recker as the permanent player character of the game, and starts off with his teammates Dunn, Irish, and Pac in Baku, Azerbaijan. Most players who have bought Battlefield 4 have done so for the multiplayer action, and it shouldn’t be a surprise as to why. The Battlefield series has been known for its interesting gameplay. The infantry are divided up into four classes, each with its own unique strategy. Battlefield 4 also separates the players into squads that can have up to five players, to which a player can spawn on another squad mate if they are still alive. This game also tries to capture real-world combat through the use of numerous gadgets and even has bullet drop, meaning bullets will fall out of the air like they would in reality. One player is also chosen at random by the game (or by order, if the elected player quits the match) to be the squad leader. The squad leader can mark objectives for the team to defend or attack. All players, regardless of class or what vehicle they are in, have the ability to spot enemies for allies to see on the mini-map on the Heads-Up-Display (HUD), and can also communicate using in-game prompts. Teammates can talk to one another using these prompts regardless of distance, but to allies outside the team, they have to be in close proximity. Players don’t just don’t seek out and neutralize enemies on foot either, players can also ride in tanks, helicopters, and even boats and jets!

The vehicles of Battlefield 4 are the real reason why the game is so attractive. After all, the opportunity to destroy players using tanks is some great motivation. Tanks, however, are not the only vehicle that can smash up everything in their paths. Other vehicles, such as infantry fighting vehicles, and various helicopters can do the same. Some other vehicles are used for transport as well, such as a quad bike or a transport helicopter.

From the first time I entered into a match to six months later, Battlefield 4 is still on top of my list for FPS games! I absolutely love to ride an Abrams Tank and smash an explosive shell into someone else’s face! Or descending from above in an attack jet, and destroying an enemy’s tank! What grabbed my attention the most was the fact that the game tried to implement teamwork. All the classes of infantry, and even all the vehicles, are not independent of each other.

Teamwork is almost evidently at the core of Battlefield. The only thing that peeves me are the players themselves. Most FPS fans have played Call of Duty, as it is the leading brand. And when other players see this game, they think it’s just a replica, and play it as if it were another Call of Duty game. As a matter of fact, after comparing the two games, I realized just how unrealistic Call of Duty really is! (A MOAB isn’t even a nuclear weapon, as Call of Duty: Modern Warfare tries to suggest, it’s entirely conventional!) In Call of Duty, most pro players can rely on themselves to win the game for the team, whether it’s a classic game of Team Deathmatch, or the more sophisticated Headquarters Pro. When these players transfer that mindset to Battlefield, it’s unlikely to end well, unless everybody else plays it like Call of Duty. The objectives are closer together in Call of Duty, where they are spread out over a large distance in Battlefield’s Conquest and Obliteration, and no player can get from one to the other easily. These types of players also tend to disregard orders, or not even give any orders at all. Once they do take an objective, they usually end up going alone. This forces me to play the game like Call of Duty as well because my team disperses in different directions, going after different objectives.

Even with the proud players, I still recommend Battlefield 4 for any one who wants to have a realistic combat gaming experience, and who loves teamwork in a game (or at least hopes for it). Bottom line, if you want a realistic experience, go out and buy it!