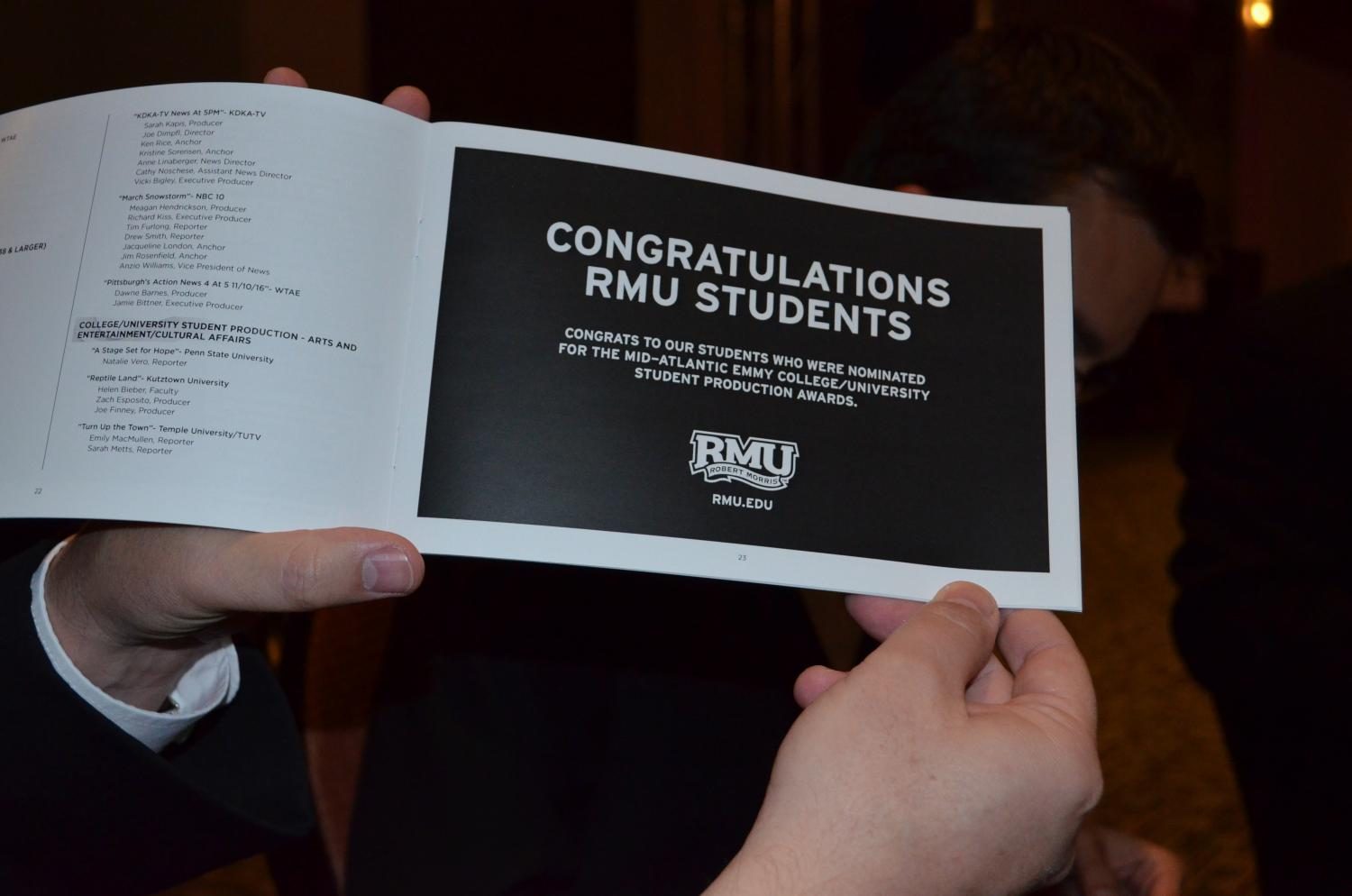 Out of the nominated are 22 students and one faculty member. Students have been nominated for the Long Form, Sports-Live Event and the Public Affair/Community Service categories. The productions include “Hockey at Heinz,” “Colonial Sports Network: RMU Men’s Basketball vs. Bryant,” “Colonial Sports Network: RMU Men’s Hockey vs. Holy Cross” and “2016 SCJ Presidential Election Night Coverage,” which can be watched here.

“I’m so proud of all the students that we work with. They’re exceptionally good, and they deserve all the honors that they get,” said Carrie Moniot, student media advisor of the “2016 SCJ Presidential Election Night Coverage.”

The College/University Student Production award was given to “Colonial Sports Network: RMU Men’s Basketball Vs. Bryant” in the Sports-Live Event category.

“I want to thank everyone who helped make the broadcast possible, especially Jim Koepfinger of Moon TV, who lets us use his truck and do what we do. It’s awesome to win for two years in a row,” said Dakota Lamb, director.

“Well, it’s amazing. I mean we couldn’t do it without the crew that we have for Colonial Sports Network. Dakota Lamb, myself and Nick Milliron, all those guys that were on that Emmy, they all deserve it,” said Dylan McKenna, producer.

Although students did not win the other three nominations, they expressed their happiness for being at the 2017 Mid-Atlantic Emmys.