How does RoMo’s choose its prices? RMU explains 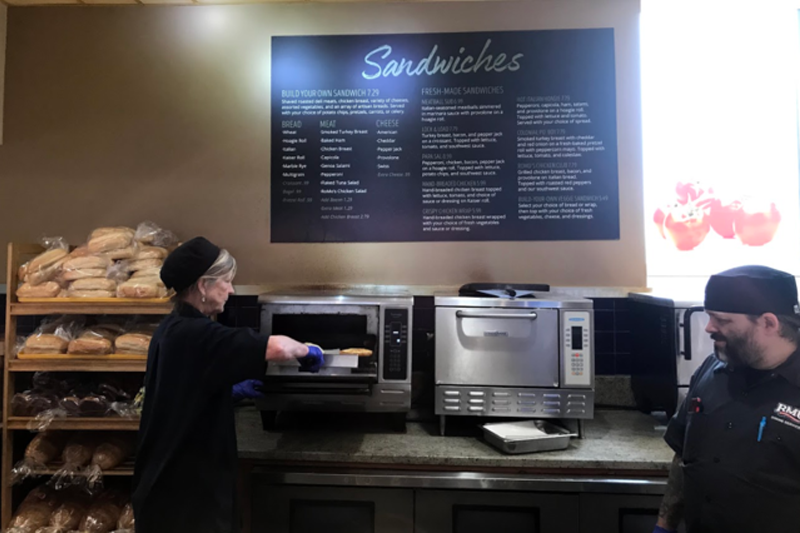 MOON TOWNSHIP – Students at Robert Morris University may have noticed that prices at campus eateries are considerably higher than those at local stores.

Whether students are buying a snack, meal or stocking up on food for their own on-campus apartments, they always keep an eye on the prices of these items.

While an overhaul on the meal plan format is going into effect in the fall, students still need to deal with the current prices for the remainder of the spring semester.

One student does not seem to be fond of the current prices, however, at least not at RoMo’s.

“They are outrageous,” said RMU student Evan Clarke. “I get a half-gallon of milk, and it is almost $4. I could go to any store near campus and it would be under $2. Sandwiches cost over $7, almost $10 or more if you get a drink with it. I could buy supplies for making a sandwich for under that price too,” he continued.

Clarke’s argument checks out, as a full gallon of milk at Walmart costs just $1.97. After checking prices for a sandwich at Walmart as well, it is indeed possible to make multiple sandwiches for about the same price as one from RoMo’s.

With these prices, a student would spend around $10, but they would be able to make multiple sandwiches out of what they bought.

Granted, this would be a bare-boned sandwich without a lot of the topping selections that RoMo’s offers.

Before setting the prices for food, RMU Dining must go through their vending options to see what works best from their side of things.

“Basically, it is all budgeted,” stated Executive Chef Dan Chiaverini. “It comes from our corporate office, and they give us a budget of what I’m allowed to spend. From there I have to see what’s most profitable. We have a couple different areas from where we buy food from. We have a couple different providers and vendors, and whoever has the better price, they get the business.”

With this in mind, students might not realize the other costs that RMU Dining needs to cover with their food sales.

“There was a demand for crab legs, I’ve got to charge accordingly for them, I can’t just take a loss,” remarked Chiaverini. “We have to factor in labor, you’ve got to factor in paper, cleaning and food costs. That all factors into the final price.”

Some foods are much cheaper to make, which leads to the prices being lower for students.

“We can sell things like pasta at a lower price because we know that it doesn’t cost us as much,” said Eric Williams, director of retail operations.

While students seem to understand why certain prices are set at their current rates, that does little sway their opinions on them.

“I get that they are a business and that they have to make money, but come on, I should be able to get two meals a day without worrying about going under on my meal plan,” said RMU student Jeremy Kolar.

Most meal plans recommend that you spend below $150 each week.

If a student spends roughly $12 on a sandwich and a drink at Romo’s, or on a meal at the PNC Cafeteria twice a day, that student will spend $168 each week.

This is more than all but one meal plan allocates per week, and that is not including snacks or items like paper plates and cups that students might want to purchase to keep in their dorms.