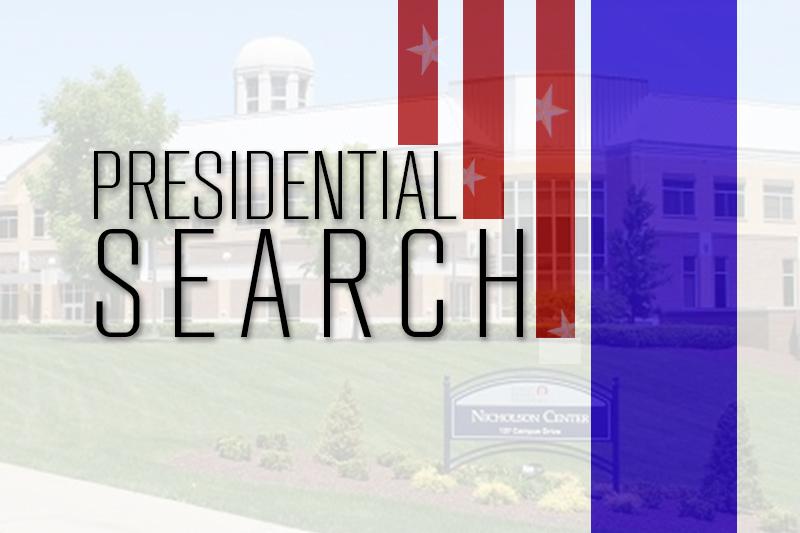 On Feb. 13, a full Board of Trustees meeting took place at Robert Morris University to discuss the next step in the presidential search process.

The Board of Trustees met to analyze the progress of the the Presidential Search Committee and the University Advisory Committee. Witt/Kieffer was selected as the search firm to guide RMU in the search for the next president.

According to an email sent out by Richard Harshman, the chair of the search committee, the next step in the process is to draft an Institutional Profile and Position Description. This profile will be constructed using one similar to that used for finding President Gregory Dell’Omo.

The board chose Witt/Kieffer due to their connections in the industry and in the world of academia.

Firms were singled out due to personal knowledge by board members, reputation, and other searches that have been conducted. The search committee met with each firm individually, and from that process, Witt/Kieffer was selected.

“Witt/Kieffer has been used by the university for other important position searches, so there is a reputation that they have developed within Robert Morris that has been very strong and very successful,” said Harshman. “But that wasn’t really the reason that we picked them for this search. It helped, obviously, but we knew about them and their capabilities.”

Harshman believes that the search has gone well so far since moving past the first step to become organized, which happened in December and over the holidays.

Board members that also serve on the search committee were established along with the RMU community members that serve on the advisory committee. Identifying the individuals that would be willing to serve was the first effort made.

“Everybody accepted, no one turned us down. Either on being invited to being a member on the University Advisory Committee or the Presidential Search Committee, so by the end of December we knew who the members of the committees would be,” said Harshman.

Currently, the committees are facilitating listening sessions. They are listening to the RMU community and their ideas and views on what they believe the next president should possess.

The advisory committee’s major role in this process is to help the board and the search committee with what the community believes.

The process really began on Jan. 29 when all the committees met for the first time.

“That’s really the next step, is to put together that profile, which is in progress as we speak. It will then be reviewed with the Presidential Search Committee and finalized,” said Harshman.

A database of potential candidates is being developed by Witt/Kieffer, who will receive all the information, conduct basic background checks, etc.

The search committee will meet periodically to evaluate the candidates just on paper, and then individual meetings and interviews will begin to be conducted.

Harshman said this was a brief summary of a long process that doesn’t happen in a few weeks.

“We are going to be efficient, but also take the process seriously. We’re not going to be rushed,” said Harshman. “We want a very robust search done with time spent with strong candidates so that we can evaluate them.”

With the process just beginning, no candidates are in mind and the search committee is approaching this process objectively.

As far as regarding internal candidates, Harshman was unaware if any will want to be considered. He said it was a possibility and that they will be part of the process just like an outside candidate.

“We want to find the best candidate to lead Robert Morris into the future,” said Harshman.

President Dell’Omo will not have any say in the naming of the next president, with his indirect input being the strategy that he has put into place as the president.

According to Harshman, RMU has a strong history of former presidents leaving the university in a better position than the predecessor.

“We will select the right person to lead Robert Morris University into the future and we are not going to rush our way through that process,” Harshman said.

Robert Morris University employees and students who park in the UPMC Upper Lot must park their vehicles in different locations on Tuesday. The UPMC... 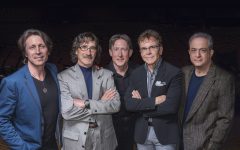