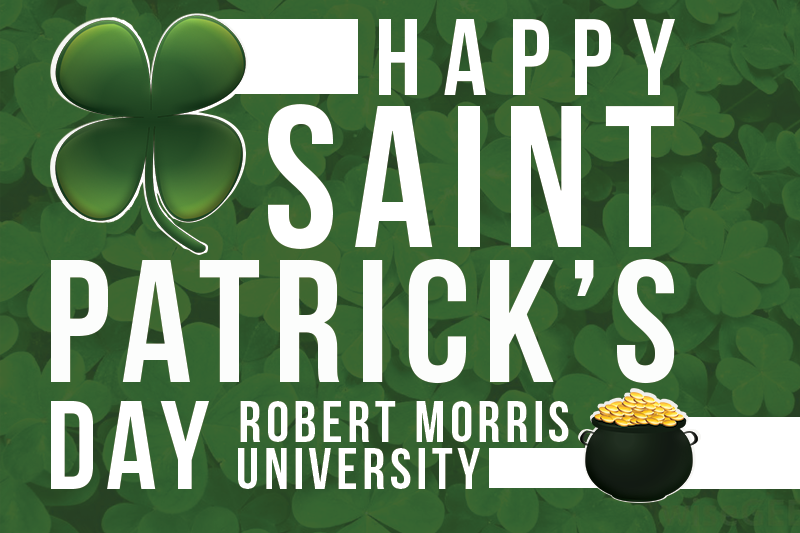 In honor of St. Patrick’s Day, there was an Irish Banquet in the International Suite of the Charles L. Sewall Center.

The room was full of green decorations that the Communications Seminar team, Global Givers, put together in order to give money to the Center for Global Engagement for any of  the multiple study abroad programs here at RMU. The group consisted of seniors: Nicki Cillié, Patrick Hanlon, Marie-Sophie Heine and Yaser Kattoah.

“We’re a group of four, and three of us are foreigners,” said Heine. “so it’s also why we wanted to do it. We wanted to promote that, for Americans to go abroad.”

“We wanted people to realize that there is a chance for them to study abroad,” said Cillié. “So, the people who talk today will talk about the trips to Ireland, and we have two or three students talking about what it’s like to travel abroad so students can get the idea.”

The event consisted of an authentic Irish buffet from 5-6 p.m. Afterwards a Cabaret performed songs from “Titanic,” “Finian’s Rainbow,” and “A Man of No Importance.” Also, Rick Molsen from The Center of Global Engagement spoke, as well as some students who gave a presentation about how studying abroad changed their life.

“It’s going really well, “ said Cillié. “People seem to like it and have showed up, a lot of people are coming at six when the Cabaret starts.”

Raffle tickets were being sold outside, and some of the prizes included t-shirts and beer steins with tickets for multiple events inside. Authentic Irish beer was also sold for those of age, bringing the Irish spirit.

“At the end of the event, they’re just going to raffle (off the prizes), “ said Cillié. “It’s very random…you don’t know what you’re going to get.” 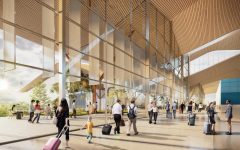 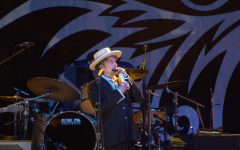 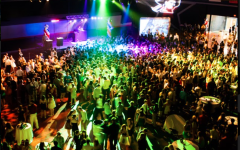 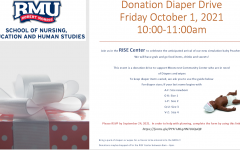