Due to the continuing expansion of the Robert Morris Police Department, they have simply outgrown their current building.

Barry Center, where the department is located, was built in the 1960s. As one of the first buildings on the Moon campus, the building has had many different uses. Barry Center has housed human resources and was at one time, the office of the president of the university.

“We called it the guard shack. It was a one room, well two (rooms), you had a little closet. It located in the (lots) right off Massey Way,” said Spencer.

The officers feel they have simply outgrown Barry Center. The department consisted of about nine officers when they moved from the “guard shack” into the current building. Now the department has grown to 16 officers and three work study students. With one locker room for both genders to share, that also serves as their break room, things are very cramped.

Due to the small size of the building there is only one exit in and out of the building which can cause complications for situations requiring emergency evacuations. Also due to the overall size, Barry Center does not have a fire alarm.

“Even battery operated fire alarm wouldn’t even work in the building because if nobody’s in the building and it goes off, nobody knows it’s going off. It’s not like it’s (sent) to an alarm company,” said Spencer.

“Well you come on campus now, you have a sign ‘Information, Parking, Stop at Barry Center.’ Well then you drive up and past Sewall and you come up to an intersection and the sign for Barry Center is basically past the intersection,” said Spencer. “So if you’re driving down (the) hill you’re like, ‘Oh that’s Barry Center…’ You’re already going down the hill, there’s no sign.”

Before the police station took over parking, Bakewell Parking dealt with parking matters. Their office was also in the Barry Center and was where their locker room is now.

A filing cabinet serves as the evidence locker, but the officers say that it suffices. The storage room holds many utilities, but the police department isn’t the only ones using it. Maintenance also uses the room because they have nowhere to put their things. This takes up the limited storage the officers are have.

“Our evidence is stored back in locked filing cabinets, where it has to be. But also in that room we have equipment, we have gun lockers, we have just plain storage, we have all our ammo in locked lockers… Plus you have maintenance storing stuff in there.” 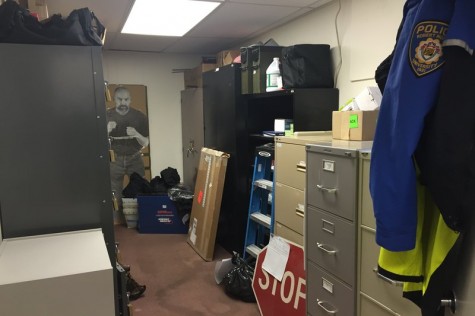 One major necessity that the building lacks is a holding cell. Instead of a cell, people are handcuffed to a metal bench behind Spencer’s desk in the sergeant’s and detective’s office. With no holding cell, many people vomit or urinate right in the office. These bodily fluids end up on Spencer’s chair and all over the office. With multiple officers in the office plus those in custody things can get crammed. The office also has other uses.

“This also serves as the interrogation room… Sometimes we have to boot the chief out of his office. To have somewhere private to talk,” said Spencer. 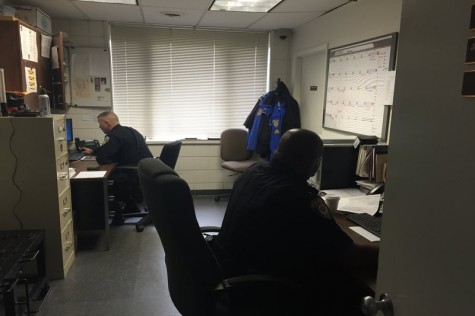 Former community advisor Jake Hartzfeld thinks that Barry Center is very small for the officers to use. He said that while the number of officers has increased the building has remained the same size.

“Overall I would say that it is definitely very small in comparison to different stations around the area,” said Hartzfeld. “Granted, it’s a campus police station versus a local police station, but it is still one of the selling points of RMU, that we have real police officers…” 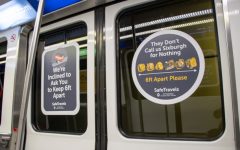 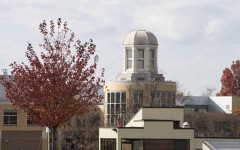 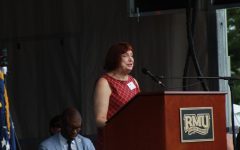 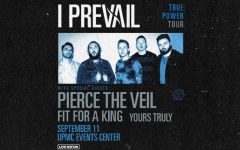 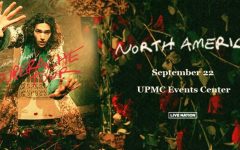