University presidents of Southwestern Pennsylvania are coming together to say no more to sexual violence.

Southwest PA Says No More is a program that is working towards creating a safe environment for college students. Thirteen university presidents, including Robert Morris University President Christopher B. Howard, have come together to create a video series highlighting this issue.

Tom Wolf, governor of Pennsylvania, assisted in launching the It’s on Us PA campaign. It’s on Us PA is a campaign joined with the national It’s on Us movement, which invites people to pledge to end sexual assault.

“I want to offer my support to the colleges and universities in Southwest Pennsylvania who have taken a leadership role addressing and preventing sexual violence,” said Governor Wolf in a video message. “Campus sexual violence is a serious issue across our commonwealth and our country.”

On Sept. 11, an event was held at the University Club in Pittsburgh to introduce the series and what colleges can do to create a safe campus, especially for undergraduates. According to the Department of Justice, one in five undergraduate females, as well as one in 14 undergraduate males, have reported sexual violence on a college campus.

“The goal was to engage educational leaders such as yourselves (college presidents in the room) throughout the commonwealth in Southwestern Pennsylvania, and that has really done such a fantastic job,” said Rachel Levine, Pennsylvania Department of Health physician general.

“I’m happy to say here in Allegheny County, we have a very impressive story to tell. In the past, there was always pushback by the schools or a flat-out disregard for a student’s sexual violence, traumatic experience. Students felt unheard by their university, which only made the experience harder to cope with,” said Alison Hall, executive director of Pittsburgh Action Against Rape. “Together today, we stand as allies in our efforts to prevent sexual violence.”

According to the Southwest PA Says No More website, this project has taken years and the dedication of colleges and universities, public safety departments, rape crisis centers and more. The video series is meant to “emphasize the importance of addressing sexual violence.”

More than 120,000 students are attending the colleges and universities participating in Southwest PA Says No More. According to a study published in the Journal of American College Health, 50 percent of sexual assaults in college occur in the fall semester.

“We’re not going to give up on that. Like they said … until we don’t need to do this anymore, which I hope will be someday,” said David Jamison, provost and senior vice president of Academic Affairs at RMU. 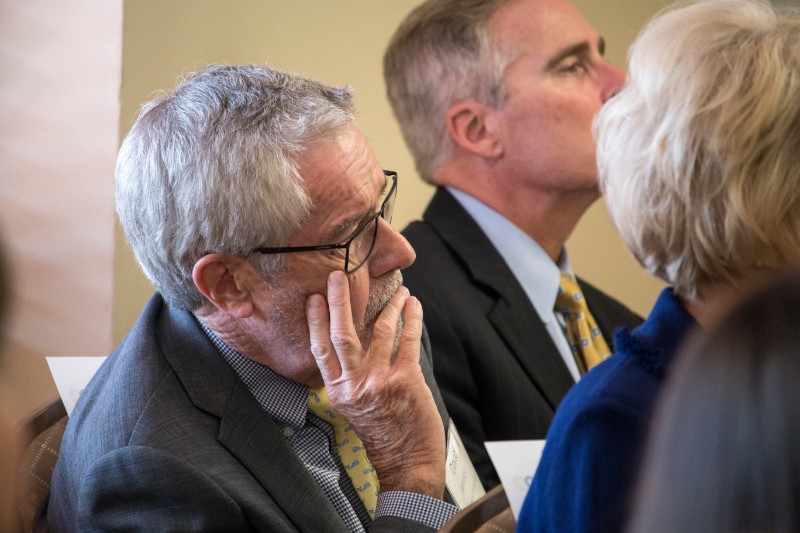 Maggie Kennedy, a student representative and member of the University of Pittsburgh It’s on Us Task Force, spoke of her activism which began back in 2013 after learning about sexual violence on college campuses and high schools.

“I thought that I had been aware of sexual violence as an issue on college campuses, but … I found out that it is not an issue confined to college,” said Kennedy. “The toxic entitlement to other people’s bodies and the misogyny of rape culture begins even before high school, but is certainly cultivated within those four years and made worse by sending unprepared students to respective colleges and other environments.”

RMU is one of the universities that is continuing to teach students about sexual violence on campus. In the past, RMU has held events to coach undergraduates on how to conduct themselves and help others.

President Howard, Jamison and other executives are going to continue to have programs and events to bring up the topic of sexual assault until there is nothing to talk about. The consensus was that Southwest PA Says No More video series is only the first step.

“Education about sexual violence at the start of college is incredibly important, and I thank you all for the work that you do at your institutions,” said Kennedy. “Awareness and prevention education about these topics cannot stop until there is nothing left to be aware of or to prevent.”

Watch the video series by Southwest PA Says No More online and learn more about the program here.