Recently, the Robert Morris men’s basketball team released their schedule for the 2018-2019 season. When looking at the schedule, the first thought that came to my mind was, “Where is Duquesne?”

Now, there are three Division I college programs within 30 minutes of the city of Pittsburgh, but it seems that the general public only cares about two. This isn’t the first time that I have written about Robert Morris being viewed as the ugly stepchild in the city, and I’m sure it won’t be the last time either.

Over the summer, Paul Schofield from TribLive reported that Robert Morris and Duquesne would not be renewing their rivalry for the upcoming 2018-2019 season. The two schools have played one another in each of the past 15 seasons, with Robert Morris winning seven of the last eight meetings between the two schools. For both of the schools, it’s really their biggest rivalry game given the close distance between the two schools and the competitive nature the games take on. 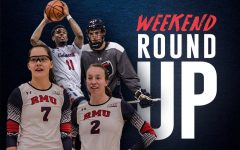 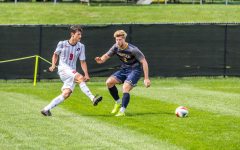 Are you really going to try and argue that the City Game between the University of Pittsburgh and Duquesne is a better game? Robert Morris is a lot closer to Duquesne in terms of talent than Duquesne will ever be to Pitt.

The bottom line is, all three schools should play each other on a yearly basis. I don’t blame Robert Morris’s athletics for this not coming to fruition. Even though I do not know what goes on in the negotiation rooms, I cannot think of a single reason as to why athletic director Craig Coleman and company would turn down any offers to play either local school.

It has been confirmed by Robert Morris to Pittsburgh Post-Gazette reporter Omari Sankofa that they wanted the series with Duquesne to renew, but they could not get a deal done. Duquesne declined to comment on that story.

So again, it is not Robert Morris’s fault that this series is coming to an end. Perhaps the A-10 Duquesne Dukes got tired of losing to a better program from the Northeast Conference in Robert Morris, although that wouldn’t make much sense given that they haven’t competed at all in the famed City Game. Perhaps Duquesne did not want to play in the Student Recreation and Fitness Center this season, but that also wouldn’t make much sense given the number of neutral site locations around Pittsburgh they could play at.

Whatever reason Duquesne gave for not playing RMU is not of my concern. My only concern is that, as an RMU student, I will not be able to watch my school’s basketball team compete for the title of best in the city.

It has been seven years since the last time Pitt and Robert Morris played each other, and now, RMU won’t be able to compete against Duquesne. Maybe the people in charge at Pitt and Duquesne have forgotten that there’s a third Division I program in Pittsburgh that needs some love. I have always been of the thinking that if you are going to play opponents from smaller conferences — the NEC isn’t up to par with the A-10 and neither are anywhere near the same stratosphere as the ACC — then you should play those types of opponents that fans would also care about.

Will Pitt fans care more about their match-ups with Youngstown State (Nov. 6), VMI (Nov. 9), Troy (Nov. 12), Central Arkansas (Nov. 15), North Alabama (Nov. 17), Maryland Eastern Shore (Dec. 15) or New Orleans (Dec. 20) than a potential meeting against a D-1 school that’s located right along Route 376? I would also criticize the soft wins on Duquesne’s schedule, but they have yet to release it.

There are three local division one colleges, and sometimes I feel like I have to remind everyone of that. There is no reason as to why each of the three teams should not play each other in men’s basketball where every team schedules at least 10 meaningless games per season. It is time that there be three iterations of the City Game so that fans can actually watch a pointless basketball game while actually having some sort of familiarity of their opponent.