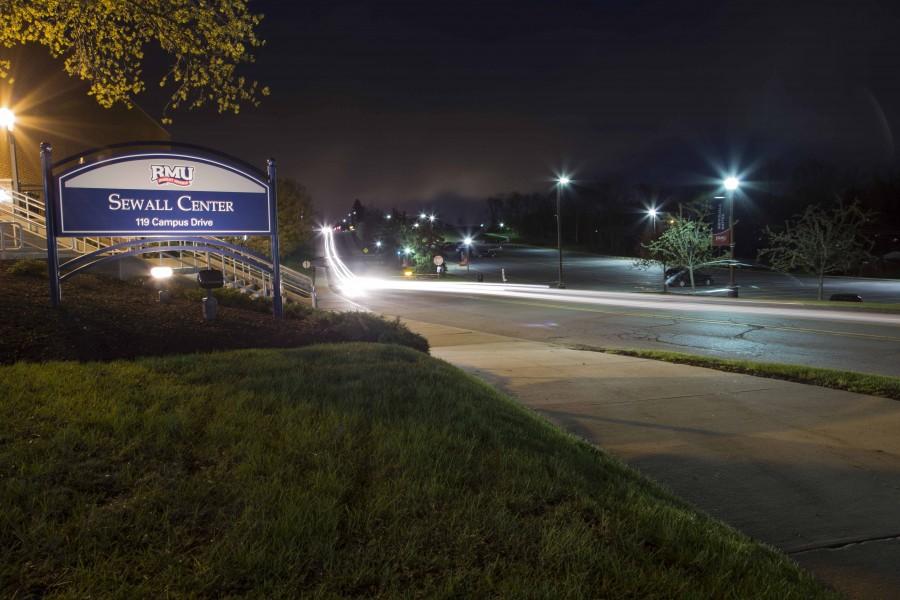 Disclaimer: This is less about my personal views and what would be mutually beneficial for athletics and Robert Morris University as a whole and more about reality.

There will be some tough decisions ahead on the direction of the university and the athletic department in regards of the construction of the proposed new multipurpose events center coming to campus. And I just wish to carry the conversation further. The reality is the new arena is happening.

As a result, I’ve crafted an alternative proposal for this situation, one that’s more modest in nature.

But first, to fully comprehend my proposal, you’ll need to consider a few facts.

1. There will never be another game like Kentucky at home. I feel safe in saying a Power Five Conference basketball team will never agree to come to Moon Twp. for a game, new arena or not. And why should they?

RMU will get some good mid-major competition, but the agreements will almost certainly yield a return game the following season. The video rendering might show RMU playing Kentucky, but it is highly unlikely that will ever happen again.

2. The First Four will always stay in Dayton, which means there is absolutely no chance it’ll come to RMU for the simple fact that even the proposed 4,500 seat arena is too small for the NCAA Tournament. The city of Dayton loves its  college basketball so it’ll do anything in its power to keep that event.

3. Assuming the $50 million is raised, sponsorship will be an interesting sell. Quinnipiac entered into a five-year agreement with High Point Solutions Inc. for a grand total of one million dollars, so sponsorship will definitely be a tough sell to any business. Hats off to whoever is involved in the fundraising process.

4. Robert Morris will have a tough time jumping to a larger conference.

The Atlantic-10 would be interesting but football and men’s lacrosse would be left out.

Horizon League? What do you do with football and men’s and women’s lacrosse?

While staying in the Northeast Conference might make sense, will they let it slide? I do not think so, at least according to Commissioner Maureen Norris relating to Monmouth leaving the NEC for the MAAC- (while the NEC let them participate in Field Hockey, the NEC stopped sponsorship of the sport in the spring)

“When Monmouth University decided to accept an invitation to join the MAAC, they did so with full knowledge that the MAAC did not sponsor the sports of football, field hockey and bowling.  Monmouth subsequently submitted an application to be an associate member in the NEC in each of those three sports.  The NEC Council of Presidents evaluated the associate membership requests separately, and in doing so made their decisions relative to the long term stability and interests of the Conference.  We look forward to continuing our partnership with Monmouth in the sport of field hockey, and wish Monmouth success in the sports of football and bowling as they seek new partnerships in those sports.”

5. Where is everybody going to park for said arena? How are they going to fit the new arena where the current Sewall Center parking lot is? According to the renderings architect Ross Bianco posted on his Twitter page, there doesn’t seem to be a lot of space for the venue. And if parking is not close by, the locals will not show out. Even with keeping the current lower Sewall lot, it would take more parking if they expected to fill the venue at any point.

Nick Buzzelli already discussed the attendance situation and the new arena, which is why, in my opinion, something needs to be done with the Sewall Center. Perhaps a remodeling of sorts.

The biggest change in the near 30-year-old history of the basketball and volleyball facility is painting the inside blue and adding the athletics logo to the walls.

There is a lot you could do with the current arena. Knock a few walls down, add chair-back seating all around and use the wooden bleachers for a ceremonial dumpster fire at the end of the year.

If they put up the Business, Nursing, and Communications/Information Systems buildings in roughly a year, individually, they could do something interesting with Sewall.

If Robert Morris University is ale to fundraise $50 million effortlessly, why not do this:

The university can require any sponsorship deal to also donate matching funds to the university. Or what money they raise for their cause.

Take a look around the Business Building; they have all kinds of plaques representing various donations, including a touchscreen stocks board.

According to Stadium Journey, a website which ranks and reviews stadiums and arenas across all sports, The Chuck is the 338th worst arena out of 351 that they have reviewed.

Joshua Guiher, who reviewed the Sewall Center for Stadium Journey stated, “Tickets were only $7 and you could easily find a seat in the first 5 or 10 rows, a great bargain for a NCAA tournament level team located on the edge of a major city. Great, affordable entertainment for a family in the area and the mascot interaction was a great bonus. The part that was lacking, and what keeps it from being rated higher, is that the lack of fans really killed the atmosphere.”

The attendance issue does affect the atmosphere, but that is not what I am talking about today. It is a beat issue by now, something that would need to change drastically.

There is one simple way to fix the problem here.

They could raise the profile of the team they have right now, get to the NCAA Tournament and go for a run.

No Northeast Conference team has won a game in the Round of 64, only boasting three wins in the play in game.

They are not coming here just to play in the Sewall Center. They recruit against other mid major teams with similar problems. A shiny new arena might not be the deal breaker for the caliber of players they recruit.

Andy Toole, for starters, is a reason why recruits come to Robert Morris.

The program also has a history of going to the NCAA Tournament.

Third is the opportunity to play Division I basketball.

Looking at the new strategic plan for 2014-2018, there is no mention of a new arena for basketball, but it does state “Critical upgrades to student living spaces as well as academic/instructional environments are a high priority”.

$25 million is a lot of money. There are a lot of projects the university could start with that money.

A real student center, to start.

The possibilities are endless. That will attract students. Increasing the school’s rankings will too.

I thought with a new arena, that the hockey teams would be brought to campus. While that was rumored in the early stages, nothing has been said since the plans started coming out. Men’s hockey usually packs over 70% of the Island any given night.

Plus, they do attract national powerhouses and ranked teams. Again, hockey is a sport Pitt and Duquesne do not have, and the only other major draw in the area would be the Pittsburgh Penguins.

Robert Morris University has not confirmed much about the new arena, other than the Board of Trustees have voted in favor for the plans and donations are being solicited. 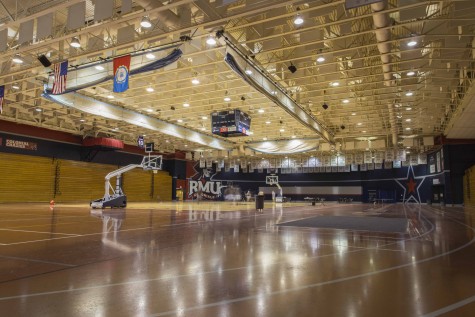 Looking at the renderings of the new arena, it shows there will be an impressive amount of work to be done to the front entrance of the university.

Still, Sewall is 30 years old this year. If that is considered old, then I only have seven years of life to enjoy. I would much rather see money being put into renovations and the university.

At least they are repurposing Sewall at some point instead of tearing the building down.

While I will come back to see the new arena, I will wonder what other ways the university could have benefited. 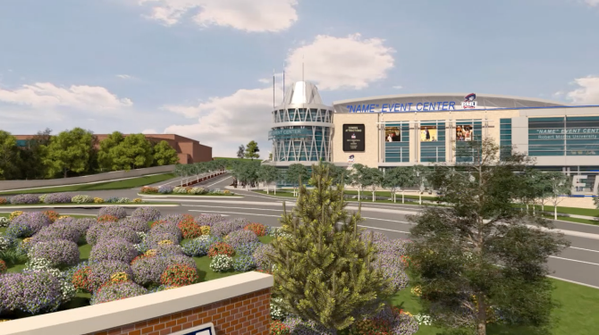