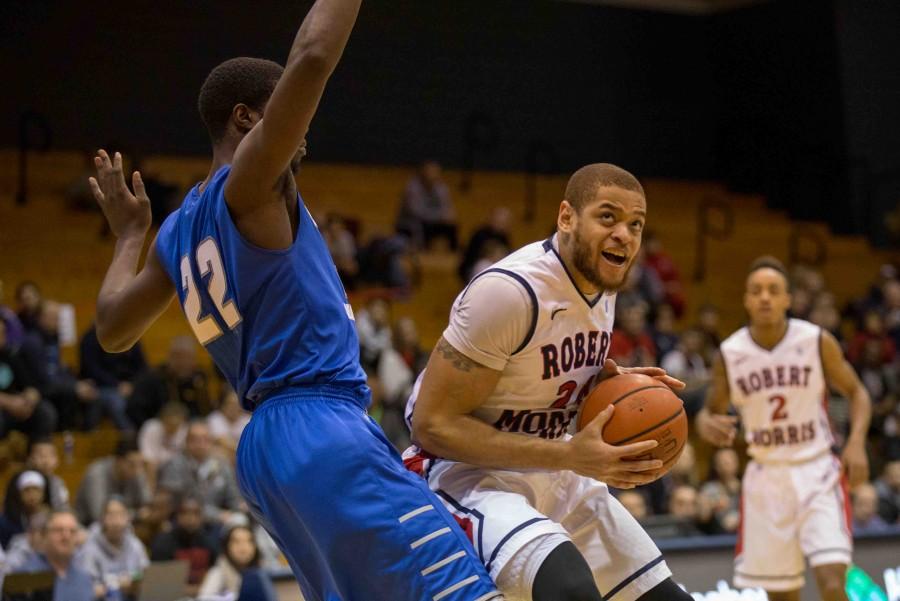 Aaron Tate tipped-in a Marcquise Reed floater as time expired to propel RMU to a 53-52 win over CCSU.

Robert Morris winds up on the winning end of a one point game two days after falling to LIU, 63-62

At first, it looked as if Saturday’s game was going to be a mirrored image of the one that took place two days prior.

The situation was uncannily similar. There wasn’t much time left on the clock and the ball was in the hands of Marcquise Reed.

Trailing by a point against Long Island Brooklyn, Reed drove the lane with 0.07 seconds remaining, looking to get fouled. However the call wasn’t made and his shot was blocked by Joel Hernandez.

So, once again down by one, Reed attempted the same play. Only this time, Aaron Tate was in the right place at the right time.

After the freshman shooting guard’s floater bounced off the rim three times, Tate boxed out CCSU’s Brandon Peel, gently grazing the basketball with his fingertips and successfully pushing it into the hoop as the final buzzer sounded, propelling Robert Morris (13-13, 9-5) to a 53-52 win over CCSU (3-24, 1-13) at the Charles L. Sewall Center. 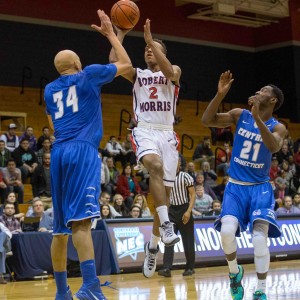 “I was just out there and I just decided to run to the rim, telling myself to get the rebound if he missed and looked up,” Tate said. “Seeing it bounce three times, not knowing what’s going to happen can kind of make your heart drop a little bit.”

For a team that has struggled throughout the 2014-15 campaign, the Blue were looking to leave Moon Twp. with a close win, much like last season’s thrilling 74-73 victory over the Colonials.

And for much of the contest, it looked like that was going to be the case.

“We’ve had a history of playing well in this gym going into tonight. We won three out of the last four here,” said head coach Howie Dickenman, who has been at the helm of the CCSU program since 1996. “Tonight’s game was a heartbreaker, our kids worked very very hard. … We needed one rebound, the difference in the game was the rebound in the end.”

Despite receiving 15 first half points from sophomore guard Matt Mobley, Central Connecticut couldn’t build up a substantial lead and, as a result, were only ahead by three heading into the locker room.

But a 14-6 second half CCSU run gave Central Connecticut a double-digit advantage. Though unlike RMU’s typical second half performance, the Colonials got better as the game went on, switching to a trap-style defense to spark the comeback.

This, coupled with the fact that the Blue Devils lack depth in their seven man rotation, enabled Robert Morris to hold its opponent to eight points in the final eight minutes and ultimately setting the stage for the dramatic finish. 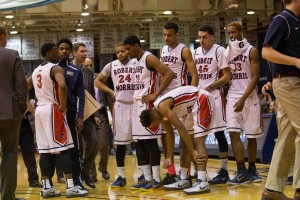 Since the Colonials gained possession of the ball with 15 seconds left courtesy of a Faronte Drakeford turnover, Dickenman ordered his players to foul Robert Morris on the ensuing inbounds play in order to waste valuable seconds.

So when all was said and done, Rodney Pryor attempted to set a ball screen for Reed with five seconds remaining, but because the play was setup too high on the floor, Reed opted instead to take it to the rack for the layup.

“My heart kind of stopped. I was kind of nervous but once it started to roll I knew it was going to go in,” said Reed, who had 18 points.

Robert Morris head coach Andy Toole thoroughly enjoyed the game, even though he doesn’t think his program was worthy of the win.

“We probably didn’t deserve to win the game, so if it doesn’t fall in you say, ‘Okay, you get what you deserve.’ Fortunately enough, we were able to catch a break,’” he said. “… I had fun because the ball went in.” 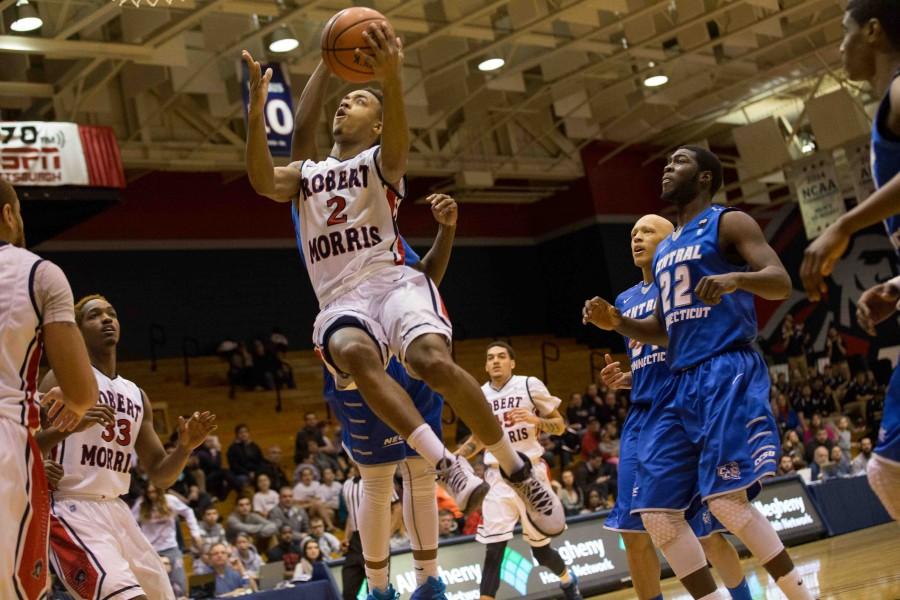