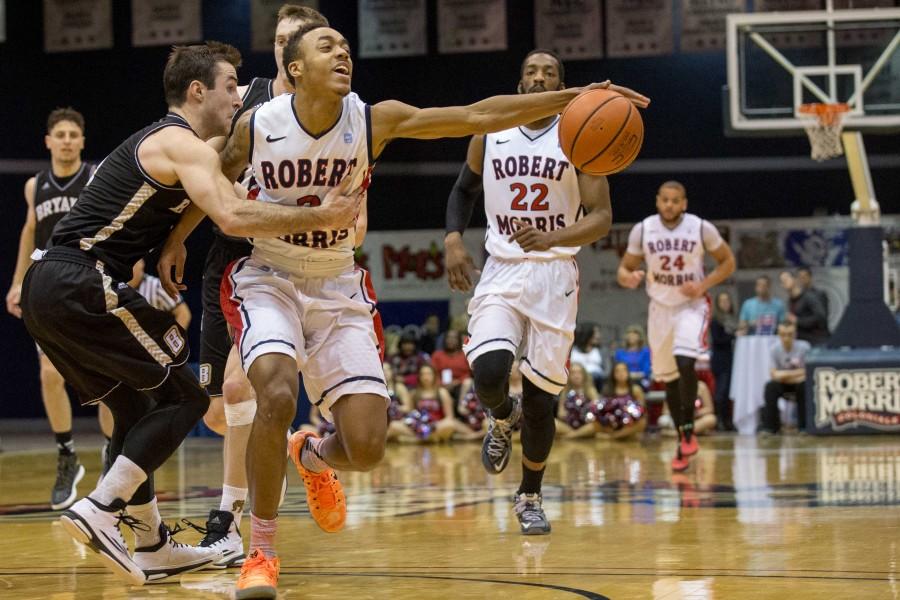 Despite scoring 11 points in a two minute span late in the second half, Marcquise Reed and the Colonials were unable to take care of Bryant, falling by three.

With 3:26 remaining, his team trailing by six and a share of first place in the Northeast Conference on the line, Marcquise Reed knew he had to do something if his squad wanted to take down Bryant for its fifth consecutive win.

So like any natural sharpshooter would, Reed took matters into his own hands, scoring 11 consecutive points for Robert Morris in a two minute span.

However despite the freshman’s offensive surge, defensive pressure was RMU’s Achilles’ heel, allowing the Bulldogs (10-10, 7-3) to shoot 54 percent from the field on the way to a 71-68 victory over the Colonials (11-11, 7-3) Saturday at the Charles L. Sewall Center.

“I’m pretty calm when it comes to those moments because I’ve been dealing with those my whole life,” said Reed, who paced Robert Morris with 20 tallies. “My team relies on me during those moments so I just have to step up.”

During the initial stages of the first half, both teams matched each other shot-for-shot, but with the score knotted at 18, Joe O’Shea drained a three pointer to put the Bulldogs ahead.

From that point forward, Bryant went on a roll, leading by as many as 10 early in the final frame.

However, Robert Morris was able to keep it close despite receiving minimal offensive production from leading scorer Rodney Pryor, who was held to just seven points on a 2-14 shooting performance.

Dave Appolon cut the deficit to two after going 2-of-2 from the charity stripe with 46 ticks left on the clock.

The senior then had a chance to tie the game at 67 moments later after stealing the ball from point guard Shane McLaughlin, but his layup attempt was off the mark.

With 6.5 seconds remaining and the Colonials down by three, Aaron Tate heaved an 85 foot bomb to Pryor, who then passed to Lucky Jones for a game-tying three, but his shot hit the side of the rim and the rebound caromed into the RMU student section.

While trying to keep the ball in play, Jones leapt over the baseline seats, slamming his head against the bleachers.

“It would have been nice if one of our students would have caught him but I guess they jumped out of the way,” head coach Andy Toole said.

Although he wasn’t able to propel RMU to the win, others around the NEC are starting to notice the potential Toole and his staff saw in Reed while recruiting him out of Capital Christian Academy in Landover, Maryland.

“… They [RMU] do it again and again in recruiting. They come up with these kids that are not that well known who turn out to be big time players,” Bryant coach Tim O’Shea said after the game. “Forget all-rookie, [Reed] might be an all-conference player as a freshman the way he played today.”

Next up, Robert Morris embarks on a 795 mile road trip, facing off against Long Island University and Fairleigh Dickinson before returning to The Chuck to host the LIU Blackbirds and Central Connecticut State one week later. 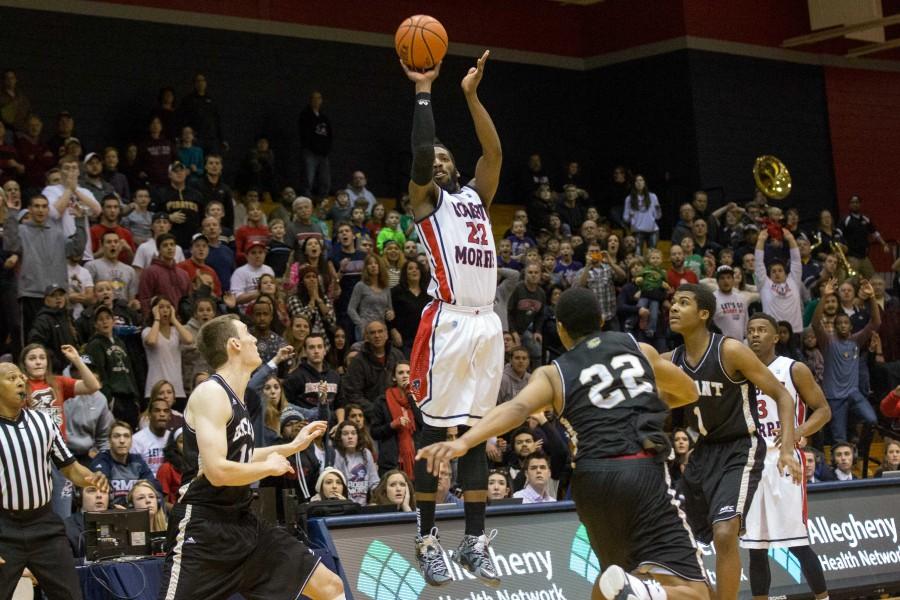