Welcome back ladies and gentlemen to this week’s edition of Sciulli’s Shock Picks. I am going to start off by saying I formally apologize for dropping the ball last week. I am a terrible person who mismanaged my time. I was going to write it on my car ride to Philadelphia but it didn’t happen.

“But Michael, why were you in Philly?” Well, you see, due to my spectacular talents, I was nominated for a Mid-Atlantic Emmy. We caught the “L,” however, in PA’s second biggest city, the Robert Morris University Colonials football team (1-5, 0-3 NEC) also took an “L.” The Colonials fell to their heated “rivals” the Duquesne Dukes (4-3, 1-1 NEC) by a score 48-24.

This week the Colonials will look to get back into the win column against the Central State Marauders (3-4, 1-3 SIAC). Since I am a terrible person, and once again I am crunched for time, let’s just dive right into this one. 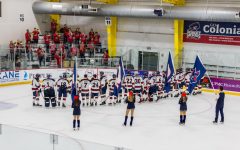 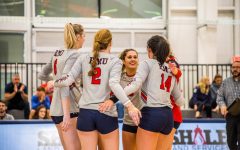 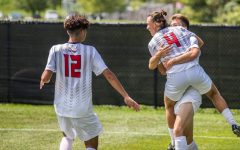 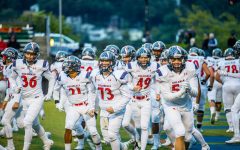 The Colonials will win this game. There is no ifs, ands or buts about it, they are going to win. Central State has a poor record as a D-II school. I don’t care about Central State’s stats, they are a bad D-II school. RMU should win on talent alone. If, and it’s a big if, the Colonials lose, there will need to be some serious questions raised about the team.

However, they are not going to lose. They are going to steamroll the worst team on their schedule. The RMU offense is too good and I don’t think that the defense is bad enough to botch this one. I don’t care about the weather, it could be a perfect day or we could be in the middle of the strongest storm in history, and the Colonials would win. This should be ugly for Central State. It should be a blowout. The Colonials should drop the boot on the proverbial ant that stands in front of them. My prediction, RMU wins big 63-21.

My player prediction for the Colonials is going to be the entire defense. Yes, the entire defense. This is because they have been bad this season, and that is putting it kindly. They give up nearly 600 yards per game. The Colonials have the 119th ranked defense in terms of yards allowed in the nation. Or, to put it in more drastic teams, the fifth worst in FCS football.

I am not going to continue to harp on how poor the RMU defense has been. As stated earlier, I don’t care the slightest bit about Central State’s stats. So for my prediction this week, the Colonials defense will have their best performance of the season as a collective unit. I do not care how great one particular player performs this week, because the defenses’ issues cannot be pinned upon the back of one person.

What do I mean by best performance as a defense you ask? I am going to predict that for the first time this season, the Colonials hold an opponent under 400 yards. No, scratch that, RMU will hold Central State under 300 yards of total offense.

As much as it pains me to admit that there is more than one team competing in this contest, I do have to shed some light upon the Marauders. The player that I am going to pick is Terraris Saffold. While I looked at Saffold’s stat line and yawned at his mediocre numbers that include just 3.8 yards per carry and only two games this season in which he has rushed for over 100 yards. I decided to pick Saffold because of the Colonials inability to stop the run.

The Colonials are ranked 121 of 124 in rushing defense in FCS. They allow nearly 300 yards per game on the ground. RMU has allowed multiple rushing touchdowns against every team that they have played thus far, and I think that this will remain the same. I am going to predict that good ol’ Terraris Saffold of the Central State Marauders will rush for 145 yards and two touchdowns.

My most shocking pick for this game is going to stretch beyond this one contest, and into the rest of the season. My most shocking pick is that this game will be a turning point for the rest of the season. The confidence gained from picking up the easy win may give the defense the confidence to be better than the worst defense in the NEC. It may give Jimmy Walker the confidence to sling the pigskin all over the yard. It may prove how dominant the tandem of Alijah Jackson and Terence Stephens truly is.

If the Colonials want to have a successful remainder of the season, this game will be the catalyst that starts the engine of a team whose offense is potentially one of the best in the conference, and whose defense has the possibility to come up with a stop when called upon. If this comes true after beating the Marauders, the Colonials can turn some heads at the end of this season and build even more excitement for next year.