Welcome back to this week’s edition of Sciulli’s shock picks, let’s not waste time reflecting upon my horrendous picks from two weeks ago and jump right into yet another masterpiece.

This week, we have the Robert Morris University football team (1-3, 0-1) taking on the defending Northeast Conference champion Central Connecticut State Blue Devils (2-3, 0-0) in the Colonials’ homecoming game. The Colonials are coming off of a bye week, but their last contest saw RMU battle back from what was at one point an 18 point deficit to take the lead. At the end of the day though, the Colonials lost to the Bryant Bulldogs (3-1, 1-0) by the score of 49-46. 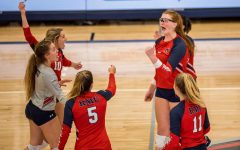 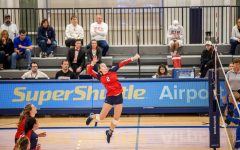 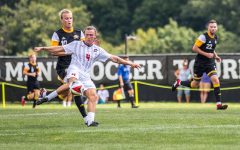 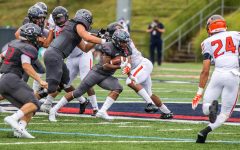 As for CCSU, they enter this week’s contest a week removed from falling to the Patriot League’s Lafayette College (1-4, 0-1) by the score of 31-24. Now, this is the same Lafayette team that fell to Sacred Heart (3-1, 1-0) by the score of 35-6 earlier this season. Yes, SHU has been good so far this season, but this is a bad look for the defending champions.

The loss last week from the Blue Devils, coupled with the offensive outburst by the Colonials creates an interesting dilemma heading into the homecoming game this Saturday. So without further ado, let’s drop right into Sciulli’s shock picks.

The last time I did this I was a tad bit off on my score prediction. I had little to no faith in this RMU team, and while my score prediction ended up being far from what it actually was, I still correctly predicted that Bryant would win and that the RMU defense would struggle. What surprised me, and possibly even you was that the RMU offense in that game.

They played great and the statistics are there to show that this was one of their best performances in years. RMU scored the most points in a single game dating back to 2013 and redshirt freshman Alijah Jackson became the Colonials first 100-yard rusher since 2015.

However, there are still some major red flags that I am seeing from this RMU team. From the offensive side, turnovers are still a major factor. The Colonials turned the ball over three times against Bryant, all of which were fumbles. In fact, one of these fumbles came as the Colonials were attempting to respond to the Bulldogs late touchdown that eventually won Bryant the game.

As for the defense, their woes continued last week and lived up to their current ranking as the statistically worst defense in the conference. Against Bryant, they allowed 525 yards of total offense. But the Bulldogs have arguably the best offense in the NEC while this weeks opponent, CCSU, has an offense that ranks middle of the pack and is mediocre at best.

On the other side of the ball though, CCSU has a much better defense than the Bulldogs. They rank towards the top half of the pack in almost every defensive category. While not a great defense, they are certainly better than that of Bryant.

So, without anymore hoopla, I predict that CCSU wins by the score of 38-24.

Since this is my column, I can bend the rules a smidge. For my player prediction for the Colonials, I am going to select the entire offensive line. The big boys up front will win the Colonials this game if they play well. RMU has two good running backs who are both capable of big games in Jackson and Terence Stephens. Quarterback Jimmy Walker also showed last week that he doesn’t need to set the world on fire for this team to put up points. Walker threw for 228 yards and a touchdown against the Bulldogs, but more importantly, he did not throw an interception for the first time this season.

This is where the O-line steps in. Against Bryant, the Colonials turnovers came off of fumbles. Two of these fumbles came via the strip sack. While these were the only two sacks the Bulldogs registered on the afternoon, they were clearly game changers. The O-line needs to open running lanes and keep Walker’s pocket clean. This will be no easy task for the Colonials as CCSU has the second-best rushing defense. If Robert Morris does accomplish these two goals, then I predict that this game will be a nailbiter at the very least.

For the Blue Devils, my player prediction will go to running back Eynce Walker. While Walker’s overall stat line of under 50 yards per game is not the most impressive thing that I have laid my eyes upon, he still averages 6.9 yards per carry. However, my reasoning for predicting a good performance from Walker lies with the poor play of the Colonials defense. RMU’s rushing defense ranks dead last in the conference allowing 272 yards per game on the ground. One of the reasons for the poor run defense is tackling, and this was an issue that coach Bernard Clark talked about with Sam Anthony after practice last week. My prediction is that Walker will go off for 150 yards and two touchdowns.

For my most shocking pick, I am going to go with the same thing that I went with in my last shock picks. I am going to predict again that the Colonials will not turn the ball over. In his last outing, Jimmy Walker did not throw an interception, and I have a feeling in my gut that ball security has been preached every day at practice after the fumbles during the Bryant game. On top of all that, CCSU ranks sixth out of seven teams in the conference in turnovers generated with just five total turnovers on the season.