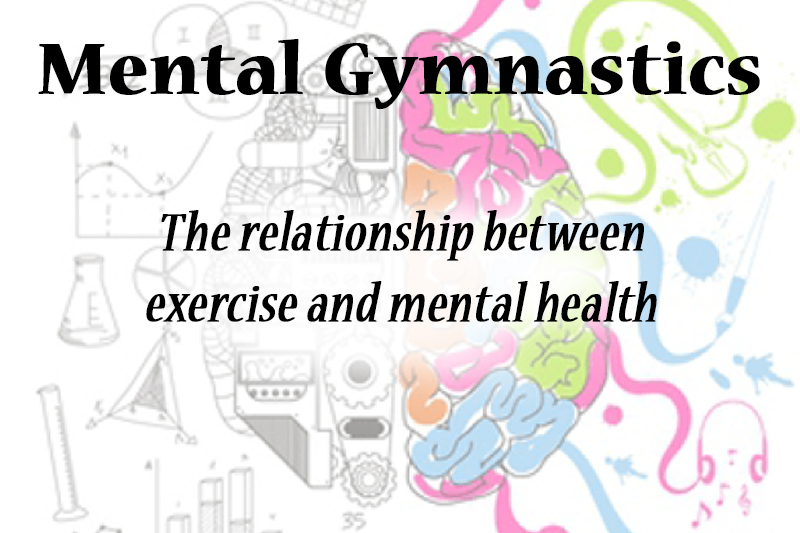 In 2015, 33,091 Americans died of opioid overdose. That is a lot of people, and the opioid epidemic is a major problem. But in the same year, 44,193 people died from suicide, the vast majority of whom suffered from depression.

Everyone is talking about the opioid crisis. The Department of Health and Human Services has put together a page about the crisis that sports an extensive infographic, the mayor of Nashville has made the news with his son’s harrowing opioid story, the White House has declared a national emergency — all of this rightly so. But deaths from suicide connected to depression actually outnumber deaths from opioid overdose. Where’s the task force on antidepressants, determined to find creative ways to save depressed Americans? Where’s the comprehensive national discussion on mental health?

Despite the apparent gap in attention, some psychologists have dedicated themselves to finding and sharing creative ways to combat mental illness. Take for example Michael Otto, PhD, professor of psychology at Boston University. Otto argues that although psychologists have yet to fully accept its benefits, exercise can help improve mental health.

“Exercise seems not only important for treating depression, but also in preventing relapse,” he says, and he should know — Blumenthal has conducted experiments testing the “mood-exercise connection.” According to the American Psychological Association,

In one such study, he and his colleagues assigned sedentary adults with major depressive disorder to one of four groups … patients in the exercise and antidepressant groups had higher rates of remission than did the patients on the placebo. Exercise, he concluded, was generally comparable to antidepressants for patients with major depressive disorder (Psychosomatic Medicine, 2007).

When Blumenthal followed up with his patients after one year, he found that patients who exercised regularly reported reduced depression symptoms. The type of treatment assigned during the study didn’t even matter in the long run; instead, the patient’s current exercise schedule determined remission.

It’s not just depression. Exercise reduces anxiety, too, says Jasper Smits, PhD, a colleague of Otto’s and the co-director of the Anxiety Research and Treatment Program at Southern Methodist University in Dallas. Smits argues that exercise acts like exposure therapy for the anxious — it exposes people to sweatiness, a pounding heart, and all the fight-or-flight symptoms. A sudden rush of fight-or-flight symptoms can frighten unaccustomed anxiety patients and even cause a panic attack. Exercise eases one into the same sensations, but in a safe and controlled environment.

“People learn to associate the symptoms with safety instead of danger,” Smits says. His hypothesis came back positive: when a group of anxiety-sensitive subjects participated in a two-week exercise program, they saw significantly reduced anxiety symptoms compared to the control group. In only two weeks, physical exertion earned a small triumph for mental health.

The link between exercise and mood is pretty strong.”

Both Otto and Smits say that it’s unclear as of yet how much exercise or what type of exercise is advisable for any given individual. But it is clear that the current model isn’t working. The Centers for Disease Control found that the rate at which people consume antidepressants increased 400 percent from 1988 to 2008.

The CDC found no variation in usage rates across income groups, so the trend can’t simply be attributed to economic growth since the 1980s. The trend could be attributed to increased openness among mentally ill individuals, but has it produced positive outcomes? More than 60 percent took antidepressants for two years or more, and almost 15 percent took antidepressants for ten years or more. Throwing medication at the problem is obviously not working.

To be clear, medication works best for some patients. For others, the ideal treatment might constitute a combination of medication and exercise. A few patients simply need to eat enough (and regularly), sleep enough (and regularly) and eliminate pathological behavior; some should seek therapy, reflect more often or go to church once a week. The most disorderly patients need all the above. But forget all that, you say — isn’t there some universal formula that can be a cure-all for some and a partial solution for others?

A general model might be available. According to The Atlantic, professor of psychiatry Madhukar H. Trivedi of the University of Texas Southwestern Medical Center in Dallas has come up with a plan for patients. Trivedi has authored studies on the relationship between exercise and mental health and is “one of the forefathers of the movement to combat melancholy with exertion.”

Trivedi suggests that patients work out for 45 to 60 minutes and reach about 50 to 85 percent of their maximum heart rates. This is pretty standard stuff — anyone can calculate their maximum heart rate online. One can always see a doctor for an individualized approach, but Trivedi’s advice applies relatively universally. It also lines up with Otto, Smits and Blumenthal’s work, down to the idea that exercise as treatment requires regularity. Not doing enough sessions would be like a diabetic “using insulin only occasionally,” Trivedi says. 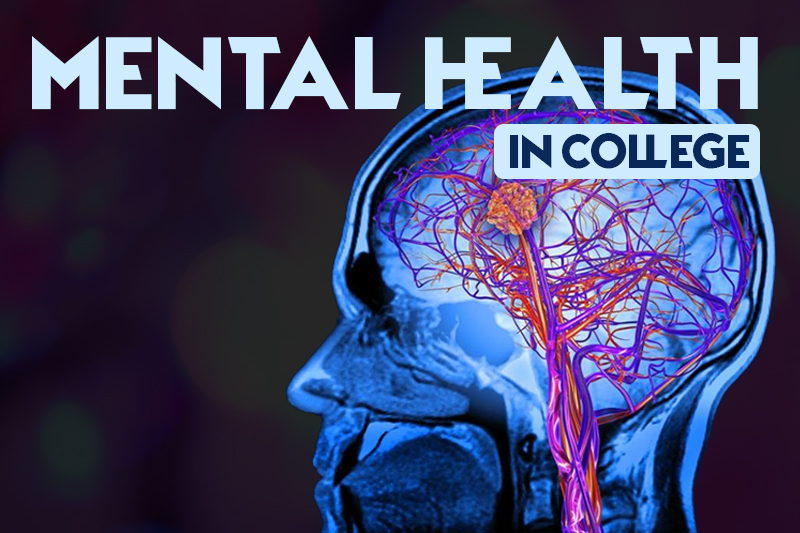 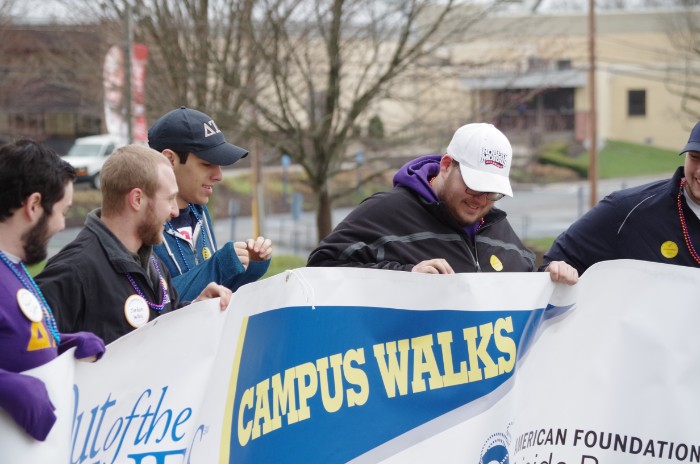 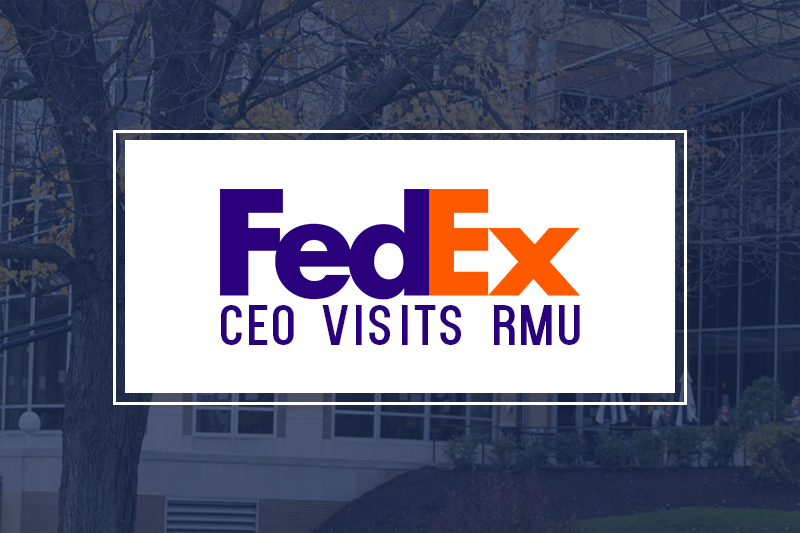 When it comes down to it, most people don’t need to sit down and comb through all these psychologists’ publications. Maybe they just need an excuse to go against the grain and try a creative solution. A lot of these academics’ ideas make intuitive sense, even to a psychological ignoramus who thinks “Freud” rhymes with “lewd.” Folks unwittingly internalize the usefulness of exercise as treatment all the time. Go to the gym and look around; most of the patrons are regulars. Most of them do not have arms the size of a 45-pound plate and thick veins straining against their skin; you will only see a few bona fide bodybuilders. Why are they there, then? It’s unlikely that all gym patrons unconsciously battle the specter of major depression, but it seems plausible that a large percentage regulate their emotions through exercise, even if they don’t realize it. Given the conclusions of recent studies, it also seems plausible that absent a regular exercise routine, a percentage of gym patrons would suffer from depression and anxiety proportionate to the national average. Hopefully, exercise reduces or eliminates patrons’ symptoms, wittingly or not. Perhaps some Americans are already quietly fighting mental illness with exercise.

So while the White House and governors’ mansions across the nation try to tackle the opioid crisis from the top down, perhaps a new mind-body trend can generate in the grassroots. It would be a quiet revolution, but the pleasure derived therein would be obvious and immediate, much like the pleasure derived from exercise itself. Exercise as treatment might not constitute a total panacea, but at least it can help comprise a universally useful combination therapy. Exercise reduces depression. It reduces anxiety. It helps you sleep. It creates new brain cells! Exercise as treatment may be slow to enter the mainstream of medicine, but unaware psychologists ought to pay attention. The credibility of psychologists who don’t pay attention will diminish in proportion to the success of patients who do. Either way — whether Americans engage in a comprehensive national discussion about mental health medication or not — exercise will gain recognition as a creative and viable therapy.