Chartiers Valley, PA– The Moon Tigers (2-3, 1-1) traveled Chartiers Valley to take on the Colts (3-2 ,0-2) on Friday night. The Tigers came out ferocious with the first score of the game and never looked back, as they earned their first conference win of the year winning 26-0. 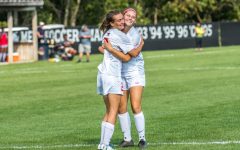 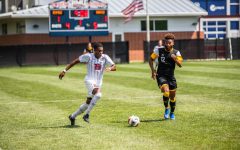 Preview: Men's soccer travels to Howard for their last nonconference game of the season

Moon came out strong with a steady opening drive capped of by a Brady Sunday 4-yard rushing touchdown to take a 7-0 lead. Chartiers Valley failed to answer back and went three and out due to Moon’s stingy defensive play. Later on in the quarter, Chartiers Valley attempted a fake punt which was easily shut down by the Tigers. This gave Moon great field position at midfield.

After a few passes to Christian Tanner, Moon went back to their senior back for a drive ending screen pass for a 41-yard touchdown extending Moon’s lead 14-0. Tanner had 50 yards of receiving on that single drive.

The following drive, Dawson Snyder forced a fumble and the Tigers recovered the ball on the Colts 27 yard line. Taking vantage of great field position, Tanner caught yet another pass for a touch down going for four yards making the score 20-0. Trying to gain some momentum, the Colts tried for a fake punt again which was once again shut down by the Tigers defense.

With a minute left in the second quarter, The Colts tried to salvage some points before the end of a dreadful first half. With less than 10 seconds left, Jamal Littlejohn recorded his 3rd sack of the night to send the game to halftime.

During halftime, a storm passed through the area and poured down rain causing many fans and players to take shelter. After a 30 minute delay the game continued, but not without a continuous down pour of rain.

The very first play of the second half was a 72-yard rushing touchdown by Sunday, but the run was called back due to a holding penalty. Moon however shrugged off the penalty and drove down the field. Zack Jadlocki had two keys plays in the drive, as he converted a 3rd and long by running for a 40 yard burst while also capping the drive with a 7-yard touchdown. That extended the Tigers lead to 26-0.

The Colts attempted to answer back as they marched down the field, but another Littlejohn sack, his 4th on the night, cut their drive short.

Lightning struck in the area after the huge sack and forced an evacuation of the stadium. After a 30 minute wait the game was eventually called off and Moon came out victorious 26-0.

Moon controlled the game, from both sides of the ball, right out of the gate. This win is a rebound for Moon after falling in overtime last week. This victory marked the Tigers’ first conference win on the season.

Next week, Moon comes back home to battle the Bethel Park Blackhawks (2-2,1-1) for their third conference game.